Ida B. Wells, an investigative journalist who risked her life exposing the horrors of lynching in the late 1890s, was awarded a posthumous Pulitzer Prize special citation May 4 for her powerful reporting, which has inspired generations of journalists.

The Pulitzer Prize Board’s citation honors Wells for her “outstanding and courageous reporting on the horrific and vicious violence against African Americans during the era of lynching.” It comes with a bequest of at least $50,000 in support of Wells’ mission. Recipients of the bequest will be announced later.

The board announced the honor one day after World Press Freedom Day. For many, Wells’ legacy defines press freedom.

She reported bravely about atrocities against her own racial group at a time when women did not have the right to vote. Her investigations, reported well after the abolition of slavery, exposed attempts by white mobs to control African Americans through violence. 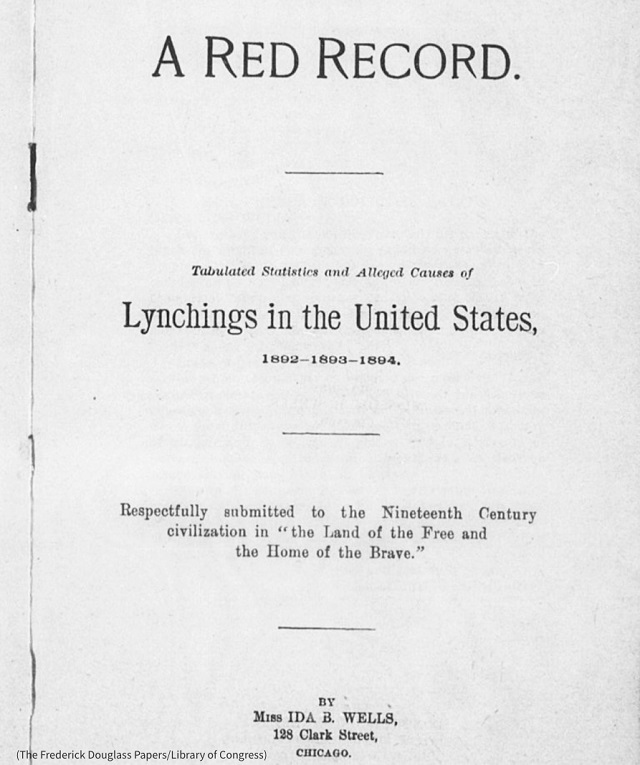 Wells’ report includes statistics, details and photos of lynchings in the U.S. (The Frederick Douglass Papers/Library of Congress)

“The only thing she really had was the truth,” Wells’ great-granddaughter Michelle Duster told the Chicago Tribune. “And she used journalism as a tool to not just report what was going on, but she used her skill as a journalist, to the best of her ability, to impact social change.”

Born into slavery in Mississippi in 1862, Wells blazed a trail for future activists and reporters.

She helped launch the national anti-lynching crusade in Memphis, Tennessee, where she co-owned, edited and reported for the Free Speech and Headlight newspaper. She published articles condemning extrajudicial murders. She also spent several months traveling through the South by herself to investigate hundreds of lynchings.

After a mob destroyed her newspaper offices, she decided to never set foot in Memphis again. She moved to Chicago and published the findings of her field reporting in two pamphlets: “Southern Horrors” in 1892 and “A Red Record,” an extensive, data-driven report released in 1895.