By Voice of America

For many Americans, Asian food used to mean chop suey, chow mein or other Chinese-style dishes. No longer. Today, Americans have restaurants and grocery stores that feature Japanese, Thai, Korean, Indian, Burmese and other Asian cuisines.

In her documentary “Off the Menu,” Korean-American filmmaker Grace Lee traveled off the beaten path to explore how food reflects an evolving Asian-Pacific America.

Lee has seen a change in Americans’ awareness of Asian cuisine over the past few decades since she grew up in Columbia, Missouri, where there were few Asian families. 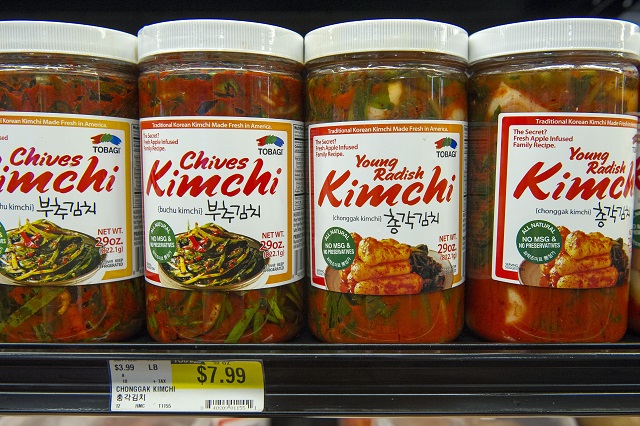 “We sort of kept our kimchi to ourselves in our basement refrigerator,” she said, referring to a national Korean dish consisting of fermented chili peppers and vegetables.

Today, kimchi is so popular that it is used like a condiment rather than as a main or side dish, she says.

Tofu is another popular addition to the American menu. It’s showing up in places like Texas, where Gary Chiu, the son of Taiwanese immigrants, runs Banyan Foods, the oldest tofu factory in the state.

Lee says Chiu’s family business is an example of how Asian Americans have adapted to other cultures.

“It may not be authentically Chinese or authentically Mexican, because of the ingredient of tofu, but it does reflect their existence as Asian Americans in Texas where there is a Tex-Mex culture, Tex-Mex food, and actually in the factory most of the employees are Latino. So they’re also sort of fusing together their cultures,” she said. 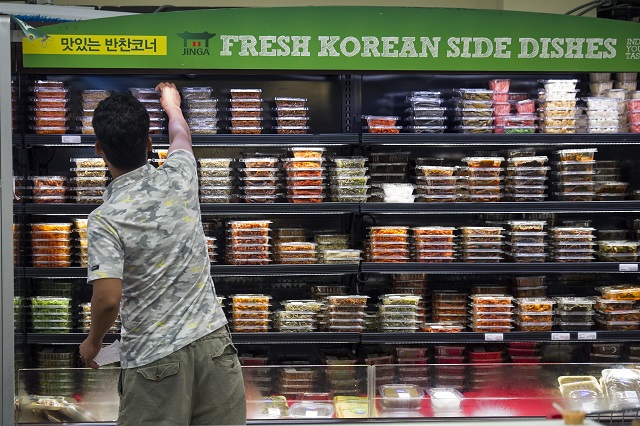 Many U.S. grocery stores, like this one in Virginia, now have sections devoted to Asian food. (©AP Images)

At the Sikh Temple in Oak Creek, Wisconsin, temple members say langer, a communal meal open to everyone, helped them heal after a 2012 shooting there that left six people dead.

When the tragedy occurred, the Sikh community was preparing for langer. “We believe that the reason why food is important is because you can’t pray, you can’t be in tune in with God, unless your belly is full,” one temple member tells Lee in the film.

Another explains, “We are not scared of anybody coming to gurdwara [temple]. So still our doors are open, our hearts are open, our langer is open for them. And we feel honored when they come to us and join with us in our langer.”