That’s why President Biden restored to their original, larger scope the protections for Bears Ears, Grand Staircase–Escalante, and Northeast Canyons and Seamounts national monuments. Each is among the nation’s most beautiful locations.

Generally smaller than a national park, a national monument is intended to preserve at least one nationally significant resource.

“National monuments and parks are part of our identity as a people,” Biden said October 8 at the signing of the restorations. “They are more than natural wonders; they’re the birthright we pass from generation to generation — a birthright of every American.”

Bears Ears National Monument in southeastern Utah was the first national monument established at a federally recognized tribe’s request. Former President Barack Obama established it in 2016 after the Hopi Tribe, the Navajo Nation, the Ute Indian Tribe of the Uintah and Ouray Reservation, the Ute Mountain Ute Tribe and the Pueblo of Zuni asked that he do so.

The Bears Ears monument contains over 526,000 hectares and boasts unique rock formations and rare habitats, such as hanging gardens and hidden waterfalls. The area is regarded as a sacred place of healing by generations of native peoples and is still used for their ceremonies today.

Grand Staircase–Escalante National Monument, also in Utah, has had more scientific discoveries per hectare than any other U.S. national monument. Scientists have found fossils and ancient indigenous artifacts across its 757,000-hectare scope. 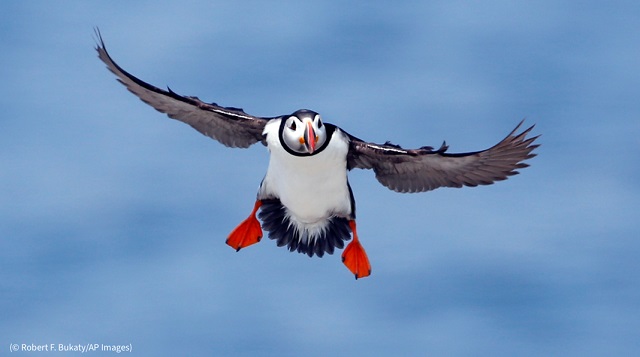 Rugged and difficult to explore, the area was one of the last sections of the United States mapped. Grand Staircase–Escalante spans five life-zones, ranging from low-lying desert to coniferous forest.

Marine biologists say Northeast Canyons and Seamounts Marine National Monument, on the opposite side of the United States off the coast of New England, is one of the country’s most unique, biodiverse ecological systems. They even believe the monument’s ecosystem is essential to understanding ocean life, Biden explained.

Biden offered another reason for his action. “Scientists,” he said, “estimate that the protection and restoration of national lands and waters can provide nearly 40 percent of the solutions to climate change.”