Another milestone in U.S.-Japan relations will be reached this year in Nagoya, where the U.S. Consulate will turn 100 on July 3. On that day back in 1920, a newly minted American diplomat raised the Stars and Stripes outside a modest two-story building near Nagoya Station that was the Consulate’s first home. Since then, the Consulate has walked in lockstep with Nagoya on its journey to becoming Japan’s manufacturing capital and busiest port, both mirroring and supporting the city’s astounding growth. The Consulate’s original digs are long gone, swapped for a downtown skyscraper, but the bridges we have built between Nagoya and the United States over the last century are stronger than ever before.

Nowadays it seems obvious that the United States should have a diplomatic presence in Nagoya. Aichi Prefecture has topped all of Japan in industrial output for 43 straight years, after all, and Nagoya’s port has handled the most cargo for the last 18. But things didn’t always look that way. Nagoya emerged as an industrial center in the 19th century, led by textiles and ceramics. The city lacked a deep-water harbor, however, so when its manufacturers began exporting their wares to the world, they sent them to the port of Yokkaichi, on the other side of Ise Bay, to be loaded onto ocean-going vessels. And so Yokkaichi, not Nagoya, was the natural choice when the United States decided to open its first diplomatic outpost in Central Japan in 1909. It was a small office run by a part-timer – a Nagoya-based American missionary who took the train to Yokkaichi from time to time to issue customs certificates to Japanese shippers.

All that changed over the next decade, as trade with the United States took off and Nagoya’s harbor was dredged and upgraded into an international gateway. In 1919, Consul Harry Hawley was given the job of moving the Consulate from Yokkaichi to Nagoya. Hawley was a latecomer to diplomacy who ended up becoming the Consulate’s longest-serving representative. Born in New Jersey in 1880, he applied for an appointment as a consul at the age of 37 after a long career as a globetrotting stenographer who accompanied U.S. officials to Manila, Shanghai, and Tokyo. On July 3, 1920, just three years after receiving his commission, Hawley opened Consulate Nagoya in a two-story Western-style residence next to the municipal office in Higashi Ward, which records show was rented from the city for a whopping 150 yen per month. 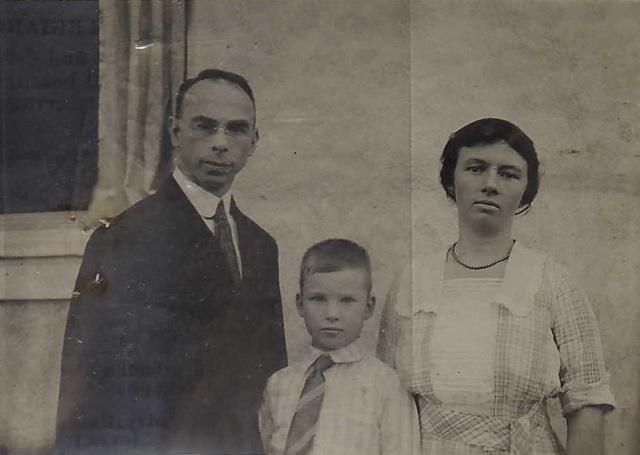 Hawley stayed until 1925 and laid the foundations for today’s close commercial partnership between the United States and Nagoya. The rapid development of trade was showcased at the 1937 Nagoya Pan Pacific Peace Exhibition, Japan’s first expo. Several major U.S. cities, including Dallas, Los Angeles, and New York, took part in the pioneering 10-week exhibition, and in their honor April 24, 1937, was celebrated at the fairground as America Day.

The Consulate closed on the eve of World War II in 1940 but reopened in Nagoya’s Sakae shopping district shortly before the San Francisco peace treaty was signed in 1951. In 1952 it moved to a new location that symbolized the forward-looking spirit of the times: an ultra-modern glass and concrete structure designed for Citibank by the American architect Antonin Raymond, a protégé of Frank Lloyd Wright who worked with Wright on the blueprints for the first Imperial Hotel. During this period the Consulate took on an important new role supporting the U.S.-Japan Alliance, as Nagoya was the headquarters for the U.S. Fifth Air Force from 1946 until 1957.

The late 1950s and 1960s were boom times for Nagoya, and the Consulate matched the city’s impressive growth spurt. The United States scaled up its diplomatic presence with a purpose-built three-story complex in Naka Ward that was home to as many as seven American officers. Ambassador Douglas MacArthur II came from Tokyo for the grand opening on December 12, 1958. But budget cuts prompted the closure of the Consulate in 1970, an era when Nagoya’s industrial economy was facing its own challenges from oil and currency shocks.

Happily the Consulate got a new lease on life in the late 1980s, when events focused attention on its value as a conduit for trade and investment flows. In 1986, four years after Honda became the first Japanese automaker to open an assembly plant in the United States, a consul was seconded to Nagoya from the Consulate in Osaka. By 1993, Nagoya was once again home to a U.S. Consulate of its own, which was inaugurated by Ambassador Walter Mondale. We moved to our current location on the 6th floor of the Nagoya International Center Building in 2005, an equally historic year for Nagoya as the city played host to an environment-themed expo that attracted 22 million visitors during its six-month run. 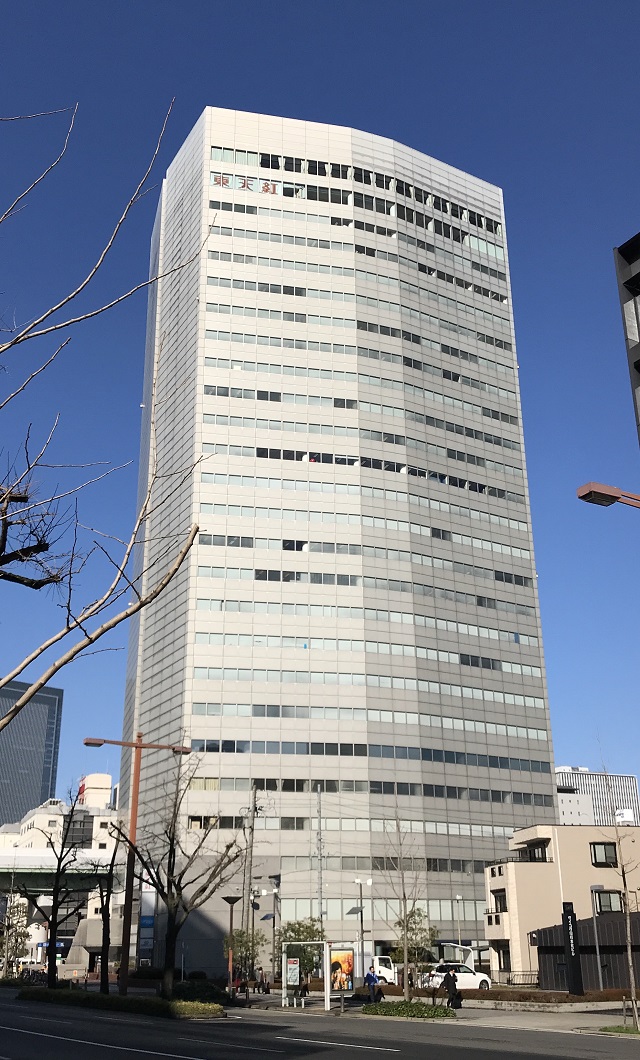 The Consulate is now situated on the 6th floor of Nagoya International Center building.

Consulate Nagoya is the city’s oldest diplomatic establishment, which reflects the special relationship between the United States and Japan. The next oldest were the honorary consulates of Portugal (1921), the Netherlands (1925), and Argentina (1928). What I like to think of as our far-sighted investment in Nagoya has yielded consistent returns in terms of mutual understanding and prosperity even as people, products, and policies have changed over the decades. Cars are what drives the region’s economy today, not textiles – although the Toyota group still make looms – and partnerships between U.S. industry and Nagoya-area automotive and aerospace companies are creating jobs and profits on both sides of the Pacific. It just may be something in the miso katsu, but several Consulate alumni have gone on to senior leadership positions in the U.S. government. The current spokesman and political minister-counselor of the U.S. Embassy in Tokyo both used to sit in my chair in Nagoya, not to mention the U.S. Ambassador to Kosovo!

The Consulate is getting ready to celebrate its centennial like any other happy anniversary – by compiling memories and mementos. An unforgettable surprise came in the form of a postcard written by Consul Hawley’s wife that I recently discovered and purchased online from an antiques dealer in Texas. When it was delivered to me at the Consulate 100 years after being mailed from Nagoya to the United States, I felt as if our fascinating story had truly come full circle.