Despite the new coronavirus, the United States will hold its national election this year.

Experts say the process may be a bit challenging, but the presidential and congressional elections (along with some state and local votes) will take place on November 3. The U.S. Constitution dictates that the terms of members of Congress end on January 3 and that the president’s term ends on January 20.

Foreign delegations to the Federal Election Commission, which oversees federal election procedures, have been astonished at how decentralized the U.S. system is. States and counties are in charge of organizing voting and reporting results. The system makes it harder to make sweeping changes, even to protect against threats to voters like coronavirus. According to Hans von Spakovsky of the Heritage Foundation think tank, the nation’s founders designed it this way so federal incumbents couldn’t change election rules to keep themselves in power.

“We have time, and it’s going to look differently than in the past, but there’s every reason to expect we will have an election where the winners are the authentic choice of the voters entitled to participate,” says Edward B. Foley, director of the election-law program at Ohio State University. “We preserve self-government even in this environment. That says something about our national identity.”

The new coronavirus has hit in the middle of the first of three steps in the U.S. presidential campaign. During the first step, each major party picks a nominee through state primaries and caucuses. More than half the states and territories have already held these contests. The remaining states are pushing primaries further into the spring, hoping it will be safer by then for voters to go to polling places. 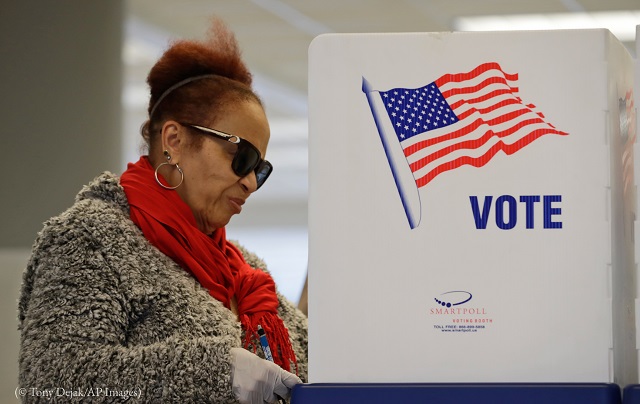 “The death toll is terrible, but America has the capacity as a community to survive this,” Foley says. “It’s not going to wipe out our self-government.”

The second part of the U.S. election season comes in the summer, when each state and territory sends delegates to the major-party conventions to formally select the nominees.

The conventions give nominees a chance to meet with supporters, raise money and catch the public’s attention through televised coverage. But cramming thousands of people together into a convention hall may not be feasible this summer.

Foley says that, legally, political parties have autonomy to pick their nominees in other ways. They don’t have to do it through a convention. Each party could come up with procedures to nominate its candidate formally without gathering in person.

Earlier this month, Democrats rescheduled their convention in Milwaukee, Wisconsin, from the week of July 13 to the week of August 17 to allow more time to plan.

“As we navigate the unprecedented challenge of responding to the coronavirus, we’re exploring a range of contingency options to ensure we can deliver a successful convention without unnecessary risk to public health,” said Katie Peters, spokeswoman for the Democratic National Convention Committee, before the announcement.

Republicans plan to meet in Charlotte, North Carolina, starting August 24. “In light of the spread of COVID-19, we will take additional steps to ensure the safety and health of all attendees, and we will continue to communicate with federal, state and local health experts in our planning,” says Tatum Gibson, press secretary for the 2020 Republican National Convention.

Although the last step in the campaign — the November 3 vote — is seven months away, states are beginning to change procedures in case the new coronavirus is still a factor.

Officials are preparing to reduce the number of polling places and replace at-risk, older poll volunteers with college students or younger and healthier government workers, lawyers or paralegals, according to Paul D. Pate, who heads the association of the nation’s top state-election officials. They will devise ways to ensure that voters do not stand close to one another.

Some states are considering increasing the availability of mail-in ballots. 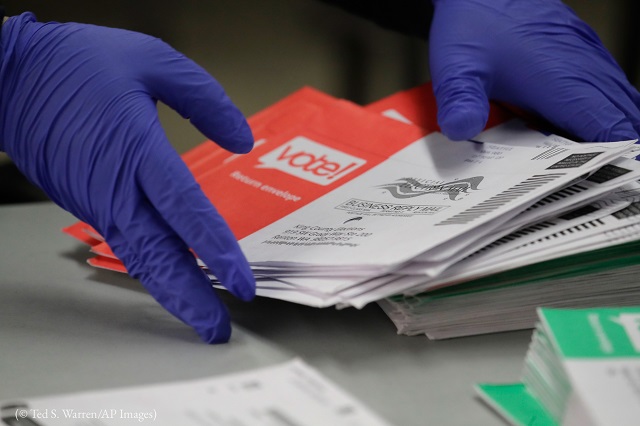 In most voting states, mail-in (also called absentee) voting is done only with a sanctioned excuse — illness or out-of-town travel, for example. But some state legislatures are passing laws to expand its availability. Election officials are buying supplies, including millions of envelopes.

The state of Oregon has relied entirely on mailed ballots since November 2000.

If mail-in ballots become prevalent, election-night results will not be available within hours of polls closing, as they have been in the past. “It’s much slower processing absentee ballots than regular ballots,” says von Spakovsky.

Pate, who serves as the secretary of state of Iowa and leads the association of his counterparts from all the states, expresses confidence. He says election officials have always had to deal with hurricanes, tornadoes and earthquakes. “It might look a little different,” Pate says to U.S. voters, “but your voice will be heard, your vote will be counted.”