When Americans look for data on COVID-19, the U.S. public health system delivers. 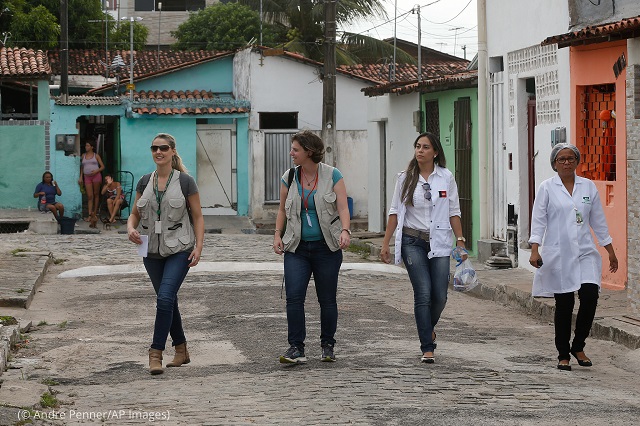 Brazilian and U.S. health workers in Joao Pessoa, the capital of Paraíba state in Brazil, search for mothers and their infants to include in a Zika study. (© Andre Penner/AP Images)

“Accurate collection of data is foundational to the CDC’s mission,” said Dr. Shauna Zorich, an expert on infectious diseases and pandemics who teaches at the University of Buffalo in New York.

Public health decisions in the U.S. are based on “the highest-quality scientific data that is derived openly and objectively,” she says. The CDC’s rigorous and open methodologies for collecting data are essential to its credibility.

A “notifiable disease” is one required by U.S. law to be reported to government authorities whenever it’s diagnosed. Examples include cholera, typhoid fever and malaria, as well as illnesses induced by coronaviruses such as SARS, MERS and COVID-19.

Surveillance-system staffers work with health departments throughout all U.S. states and territories and the nation’s capital to collect this data. 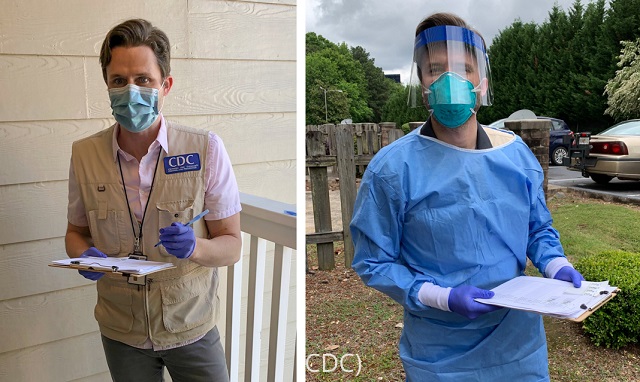 CDC workers in suburban Atlanta go door-to-door to test for antibodies in blood, to understand how the coronavirus is spreading. (CDC)

Health care providers, laboratories, hospitals and other partners report an estimated 2.7 million disease events each year, according to the CDC.

Advising the public with transparent information 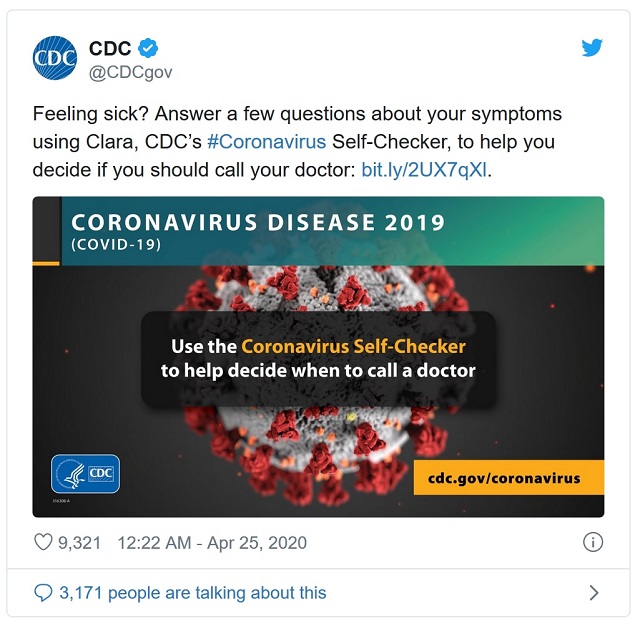 “As a professor of public health, one of my jobs is to make sure my students know what sources to utilize to assess accurate public health information,” Zorich said. “The CDC is always at the top of that list.”

Other trusted sources of public health information include the National Institutes of Health and major medical centers across the United States, such as the Mayo Clinic in Minnesota, the Cleveland Clinic in Ohio and the Johns Hopkins Health System in Maryland.

Looking back to inform the future

Researchers can learn from past epidemics as well as current ones.

Once a notifiable disease has largely run its course, the CDC issues a post-epidemic report with revised data. For example, the CDC published a January 2015 update after MERS (Middle East respiratory syndrome) had receded in mid-2014. The update concludes that there were nearly 1,000 laboratory-confirmed cases around the world (including two in the U.S.), mostly occurring between March and May of 2014. “No further cases have been reported in the United States despite nationwide surveillance and the testing of 514 patients from 45 states to date,” the update says.

Banner image: Microbiologist Molly Freeman pulls bacteria from a vial in a laboratory researching foodborne-disease outbreaks at the Centers for Disease Control and Prevention in Atlanta. (© David Goldman/AP Images)