In 1654, more than 100 years before the United States of America’s founding, a boat containing 23 Sephardic Jewish refugees from Brazil sailed to what was then New Amsterdam. (You know it today as New York.)

This group, descendants of the Jews who had been expelled during the Spanish Inquisition, had fled Brazil when the Portuguese Inquisition arrived there. The Jewish refugees settled in New Amsterdam, the nearest Dutch colony. That move marked the first instance of Jewish communal life in North America, although the community was one that, due largely to intermarriage, dissolved into the broader population.

“They weren’t a community until this group arrived. This group dissipated also, so there really wasn’t a real community until the turn of the century, around 1700,” said Daniel Soyer, who teaches American and Jewish history at Fordham University. 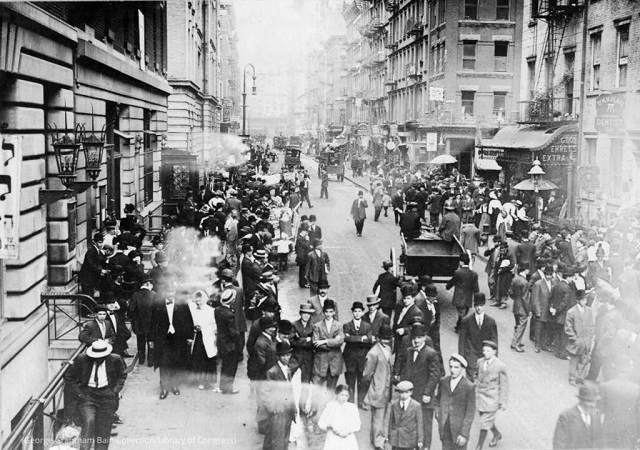 People celebrate Rosh Hashanah, the Jewish new year, on the streets of Manhattan’s Lower East Side circa 1910. (George Grantham Bain Collection/Library of Congress)

Subsequent waves of immigration have brought diverse groups of Jewish people to the United States.

A 2020 report from the Pew Research Center estimates there were 7.5 million Jews living in the United States that year. Many are Ashkenazi Jews, who trace their ancestry to Central and Eastern Europe, and Sephardic Jews, descended from Jewish people expelled from Spain and Portugal in the 1490s.

Beyond that, there are Jews who are Iranian, Asian, Latino, Black and of other ethnicities and races.

“Because there are conversions, there are intermarriages, there are adoptions — a lot in the last few decades especially — there are a lot of Jews who don’t identify as white, but are nevertheless part of the community,” Soyer said.

Most American Jews are descended from a wave of mostly Eastern European Jews who arrived in the U.S. between 1870 and 1924, Soyer said. That group included Jews from the former Russian Empire fleeing laws that barred them from much of Russia and restricted them to living in the Russian-controlled “Pale of Settlement,” which included current-day Ukraine, Belarus, Lithuania, Latvia, Moldova and much of Poland. 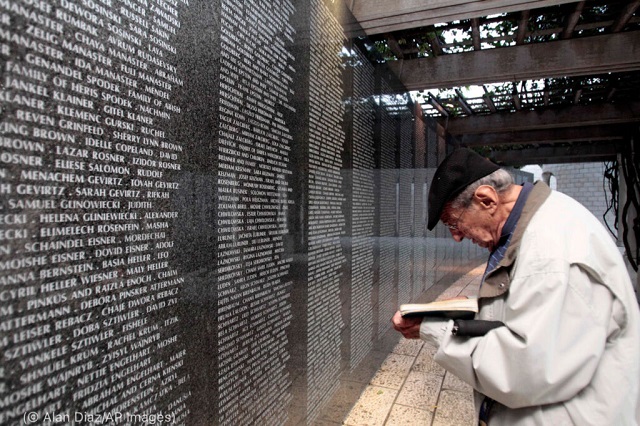 Arnold Meyer prays at the Memorial Wall in Miami Beach, Florida, for his parents and sister, who died in the Holocaust. (© Alan Diaz/AP Images)

A subsequent and still smaller wave of Holocaust survivors, some of whom spoke Yiddish, and others who came from Greece and the Balkans, arrived in the United States after World War II.

Two waves of Jewish immigration followed from the Soviet Union: the first in the 1970s, after the government allowed some Jews to leave for family reunification, and the second in the 1990s, after the Soviet Union dissolved and many Russian-speaking Jews emigrated to freely practice their religion for the first time. Following the 1979 revolution, growing numbers of Iranian Jews settled in Los Angeles. A thriving community of Bukharian Jews resides in Queens, a borough of New York City. 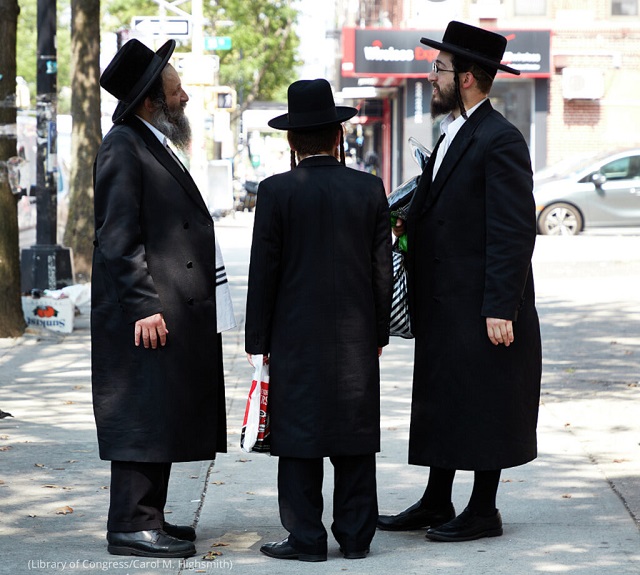 Three Hasidic Jews talk on a street in the Brooklyn borough of New York City in 2018. (Library of Congress/Carol M. Highsmith)

Jewish immigrants have always flocked to New York because of its established Jewish community and its economic opportunity. By 1900, New York City possessed the largest Jewish community in the world. “[New York] has more Jews than Jerusalem and Tel Aviv combined,” Soyer said. And Jews also live in places all across America.

“Generations of Jewish people have come to this Nation fleeing oppression, discrimination, and persecution in search of a better life for themselves and their children,” President Biden said in a 2021 statement recognizing May as Jewish American Heritage Month.

“These Jewish Americans have created lives for themselves and their families and played indispensable roles in our Nation’s civic and community life, making invaluable contributions to our Nation through their leadership and achievements.”

A version of this story was previously published May 17, 2021.