Top U.S. athletes are speaking out about mental health challenges, revealing that even those who succeed at the highest levels can face bouts of depression or anxiety.

Swimmer Michael Phelps, the most successful male Olympian of all time, revealed his struggles with depression and anxiety in 2018. Since then, several other sports stars have recently stepped away from major competitions, citing risks to their mental well-being.

“Being an athlete, you’re supposed to be strong and be able to push through anything,” Phelps said in 2018. Now 36, he said he hid his mental health struggles throughout a career where he won a record 28 Olympic medals, of which all but five were gold. “I didn’t have any self-love,” Phelps said of his worst moments, “and quite honestly, I just didn’t want to be alive.”

Phelps began treatment and said he found that talking about his feelings made life easier. 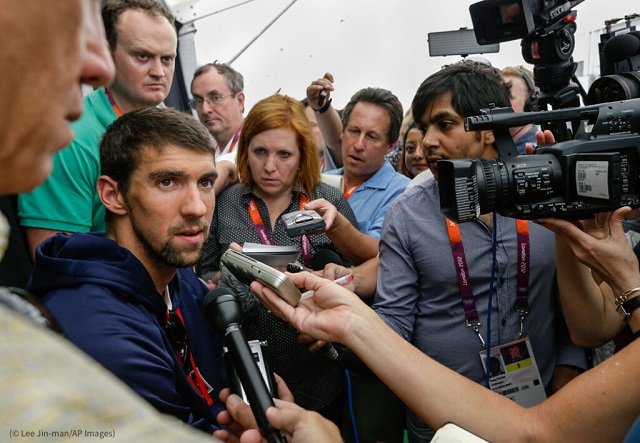 U.S. swimmer Michael Phelps, seen during a 2012 press conference in London, told CNN he suffered bouts of depression after each time he competed in the Olympics. (© Lee Jin-man/AP Images)

Their struggles take different forms. Simone Biles, one of the most decorated gymnasts of all time, withdrew from some events at the Tokyo Olympics in July, citing mental health concerns. “I have to do what’s right for me and focus on my mental health, and not jeopardize my health and well-being,” Biles, 24, said.

Though seldom discussed openly, mental illness is common. Nearly 1 billion people worldwide live with a mental disorder and relatively few have access to treatment, according to the World Health Organization. Depression and anxiety cost the global economy an estimated $1 trillion per year in lost productivity.

Paralympian track and field star Deja Young said she struggled to find a happy medium with all the training, studying, competing and traveling demands. “I used to think that I wasn’t allowed to struggle with mental health because I had everything I could ask for,” she wrote. Young sought help in 2016 and four months after receiving treatment, she won two gold medals at the 2016 Paralympics. Young, 25, recently announced she will take a break from competition to focus on her happiness. “I used to wake up to just exist; today I wake up wanting to fight.” 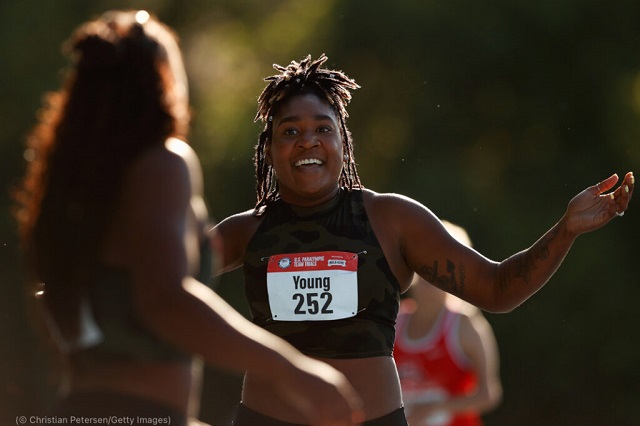 Deja Young, who was born with a brachial plexus injury that limits mobility in her right shoulder, said she felt selfish asking for help in maintaining mental health. (© Christian Petersen/Getty Images)

Ramaeker, the sports psychologist, said athletes who acknowledge their mental health struggles help others face their own challenges. “Just being able to see someone that is very well respected be able to talk about these things, I think it normalizes it,” he said.

Naomi Osaka, winner of four major tennis tournaments, known as Grand Slams, received numerous messages of support after she withdrew from the French Open after publicly acknowledging bouts of depression.

“It has become apparent to me that literally everyone either suffers from issues related to their mental health or knows someone who does,” Osaka, 23, wrote in a July 8 opinion piece in Time magazine. Born in Japan, Osaka was raised in the United States and currently lives in California. 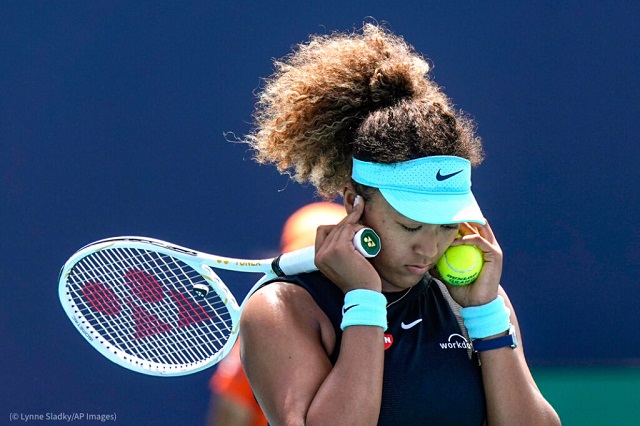 Professional basketball star Kevin Love started a fund to support mental wellness after he suffered a panic attack during a National Basketball Association game. The winner of a 2016 NBA championship with the Cleveland Cavaliers, he attributed the incident to a lifetime of not talking openly about his inner struggles. 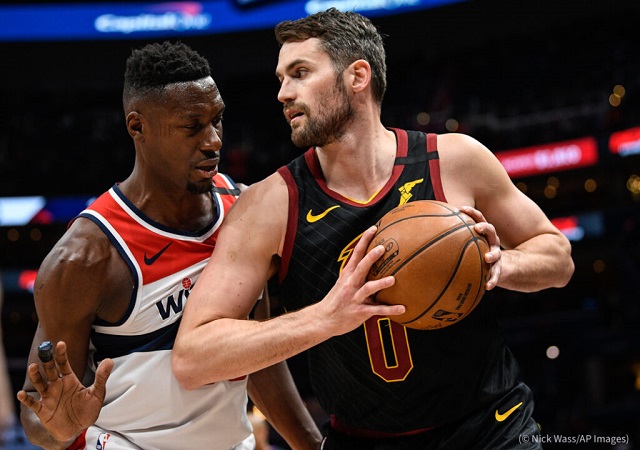 Kevin Love, right, of the Cleveland Cavaliers, began encouraging others to prioritize their mental health after he suffered a panic attack during an NBA game. (© Nick Wass/AP Images)

Love, 33, reminds himself daily, “Everyone is going through something that we can’t see.”

Young and Love both served as envoys in the U.S. Department of State’s Sports Diplomacy Division.