Life Lesson from Animator Floyd Norman: Don’t Take “No” for an Answer

The Walt Disney Company hired Floyd Norman as an animator in 1956, making him the first African American chosen for such a role. He went on to work on a number of iconic American animated films, yet he was virtually unknown to the general public when filmmakers Michael Fiore and Erik Sharkey decided to co-direct a documentary about his life as an animator.

The film, entitled Floyd Norman: An Animated Life, has won awards at several U.S. film festivals. It was screened at the American Center Japan on July 9, followed by a talk by Fiore about Norman and the production of the film. Afterward, Fiore also fielded questions from participants about his own career in the movie industry. To learn more about the background behind the documentary, I met with producer and co-director Fiore while he was in Tokyo. 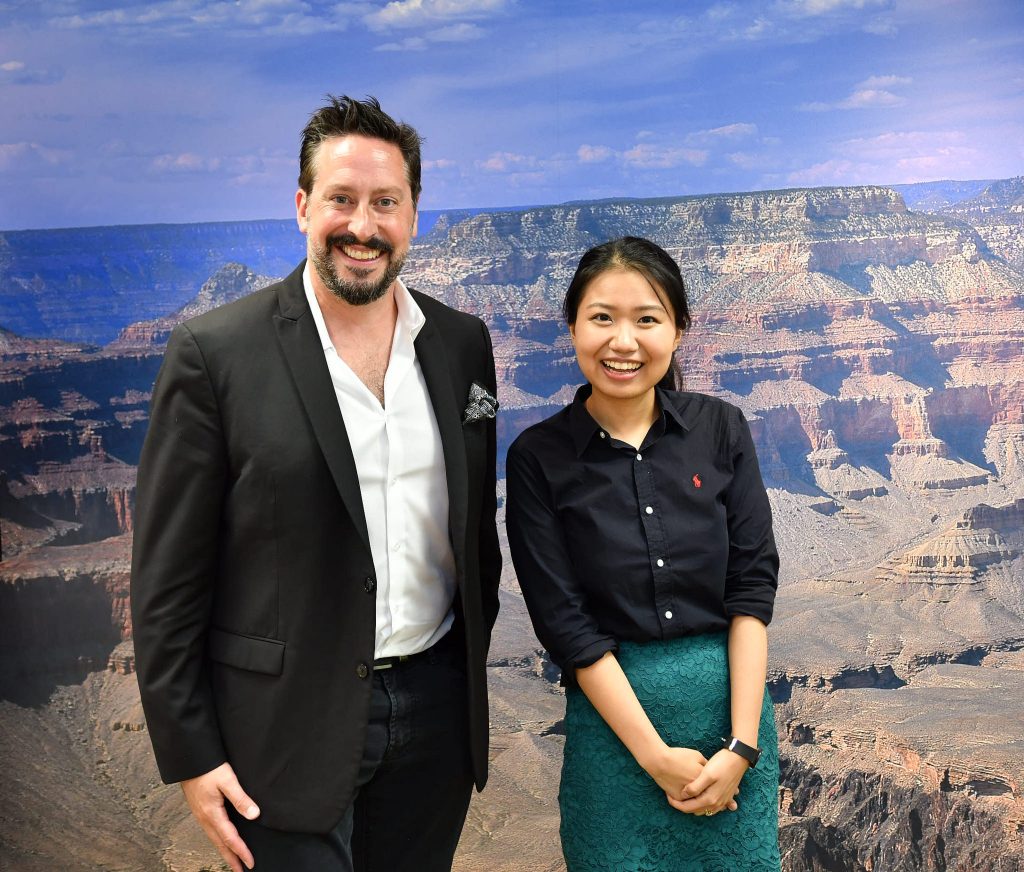 On a mission to tell Norman’s story

Norman’s career spans so many different companies and creative roles over 60 years that he has amassed a resume that would normally require numerous people to accomplish. Besides being the first African-American animator to be hired by Disney, Norman is one of the few animators alive today to have worked alongside Walt Disney himself. In the 1960s, after Walt Disney died, Norman co-founded Vignette Films, one of the first companies to produce live action and animated films about African-American history. He has also worked at other prominent animation studios such as Pixar and Hanna-Barbera Productions. Throughout his career, he has contributed to the production of animated classics such as Sleeping Beauty, 101 Dalmatians, Mulan, Toy Story 2, Monsters, Inc., Scooby Doo, and many, many more. Norman has worked not only as an animator but also as a storyboard artist and writer on such masterpieces.

After learning about his achievements and personal background, Fiore and Sharkey felt convinced that it was their mission to tell the story of Norman’s life. 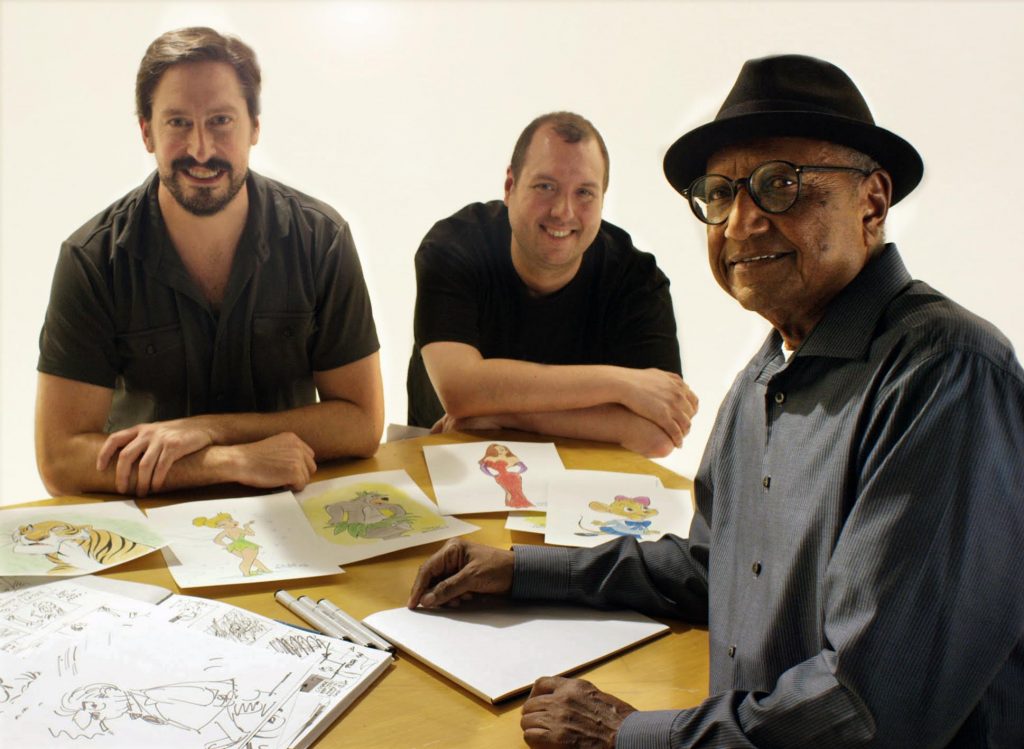 Don’t take “no” for an answer

“I think most people would have expected race to be the film’s theme, being that Floyd was the first African-American artist and animator (at Disney),” Fiore says. But what Fiore and Sharkey really intended to address through this film was the issue of ageism in the workplace.

When Norman turned 65, Walt Disney Animation Studios told him to retire even though he was still actively involved in the production of their animated films. As a result, his career, which had spanned more than half a century, was brought to an abrupt end. But Norman continued to go to the Disney studios every day, taking on work and offering advice to young staff members without receiving any remuneration. In the end, Disney hired him back, and he continues to create animation at Disney to this day, at age 83.

What is so impressive and extraordinary about this story is that Norman refused to adhere to the social norm of retiring at a certain age. He did not let his age stop him from pursuing his life’s work as an animator. Norman never took ”no” for an answer.

“At some point we are all going to be aged out of our career path,” Fiore says. This may be why Norman’s story strikes a chord with many of those who see the documentary. Through the film, Fiore wanted to show people how important it is to not take “no” for an answer.

Fiore grew up in Far Hills, New Jersey, a suburb of New York City. He graduated from the Undergraduate Film & Television program at New York University’s Tisch School of the Arts, in Manhattan. Today he is still based in the city and produces filmed content for cinema, television, and advertising at his own media production agency Fiore Media Group.

As a student, Fiore learned how difficult and expensive it is to produce films in densely-populated New York City compared to other cities with more open space, such as Los Angeles. Reflecting on his experience and what he learned as a student in the city, Fiore says, “They always say, ‘If you can make it in New York, you can make it anywhere,’ and I think there’s truth to it.”

Studying in a diverse environment

Another characteristic of New York City is its ethnic and cultural diversity. The city is exceptionally diverse, even compared to other major American cities. Studying in that kind of environment had a major influence on Fiore’s perspective in making films. He says he “wasn’t really exposed to diverse storytelling” until he entered university and moved to New York City. As he watched his classmates’ films and saw theater performances during his university years, he discovered that people have “a lot of different, heartfelt, honest, truthful stories” to tell, so he began to try to convey these stories through his own creative work.

For those aiming to pursue careers in creative fields such as animation and film, Fiore says it is important to have a very clear vision of the stories you want to tell through your creative work.

“When you are deciding what movies and stories you’re going to craft,” he explains, “tell ones that are personal. They don’t necessarily have to be about things that happened to you, but they should be about very universal feelings. Be as truthful as possible because I think that’s how audiences are most engaged, when they can plug themselves into different characters or a theme or a story. Even though they’re not African-American animators at Disney like Floyd, there’s something very universal in his experiences. I think that’s so important whether you’re going to be an animator, a screenwriter, a director, or a producer.”

Fiore sums up his advice by saying the most essential thing is “to not take ‘no’ for an answer and to persevere.”

“There are going to be really difficult times, painful times, happy times, every range of emotion,” he says. “And, just when you think you might be up, you might go down. There are a lot of ups and downs, but have a clear focus on what stories you want to tell.”

Fiore is working on a new film now. His eyes sparkle as he tells me about the project, even while talking about the problems he has encountered in production. I saw absolutely no sign of fear or worry in him that the project might not be successful. As I listened to him, I could see that Fiore, like Norman, has achieved success by never taking “no” for an answer.

The documentary Floyd Norman: Animated Life is available on Netflix now. I hope that not only students seeking careers in creative fields but as many people as possible will watch the film and be inspired by Fiore and Sharkey’s depiction of Norman’s unwavering philosophy of not taking “no” for an answer.