There’s been a shift in America’s gastronomy lately. For years, talk of American food elicited stereotypes of fatty, carb-heavy, and uncultured cookery – burgers, fries, mashed potatoes, chips with creamy dip, milkshakes, and the like. But recently it’s become fashionable for Americans to cultivate savvy and adventurous palettes, bolstered by the diversity of the country’s immigrant communities and foodways.

The trend began with the rising popularity of celebrity chefs in the ’90s and early 2000s, on TV channels like Food Network. The phenomenon grew with the digital age, as diners could turn to the Internet for crowd-sourced restaurant reviews and appetizing photos of craftily plated edibles. Foodie, a word that has been tossed around in the English language by food critics since at least the ’80s, is now the label applied to the trend-hungry epicures who bounce from one buzzed-about restaurant to the next, often snapping photos for social media and posting reviews of their own along the way.

In Philadelphia, my hometown, there are more than enough innovative establishments to keep foodies occupied. Pizza Brain is a wildly popular place that serves gourmet pizza with interesting toppings like apples and almonds inside a museum for pizza memorabilia. Federal Donuts offers donuts in unique flavors like grapefruit-brown sugar and “good coffee,” which is sprinkled with finely ground coffee beans. At Hai Street Kitchen, you can order sushi burritos (fast-food sushi prepared like Mexican wraps). By the time Tradestone Confections arrived, with pear caramel candies and blue cheese white chocolates, novel combinations no longer seemed surprising.

The movement hasn’t been without backlash. Many gastronomes hate the term foodie and would prefer to distance themselves from its negative connotations: food consumption as an exercise in pretentious, elitist thrill-seeking. Some critics argue against flavor stacking: Sure, you can make honey-mustard ice cream, but is that really better than vanilla?

Nevertheless, innovative cuisine’s popularity among millennials stateside continues to grow. A Washington Post article that ponders if foodie culture is replacing rock and roll provides numbers on the movement’s impact on spending based on American Bureau of Labor Statistics data: “[T]he amount of annual income that Americans younger than 25 spent dining out increased nearly 26 percent between 2000 and 2011. For ages 25 to 34, the increase was nearly 20 percent. (That’s without adjusting for inflation.)”

Another constantly packed foodie haunt in Philly is Asian fusion restaurant Cheu Noodle Bar. When I visited, I ordered the chef’s recommendation – ramen with brisket, in a chili broth, topped with kimchi and featuring one big matzo ball, a beloved piece of Jewish cuisine. 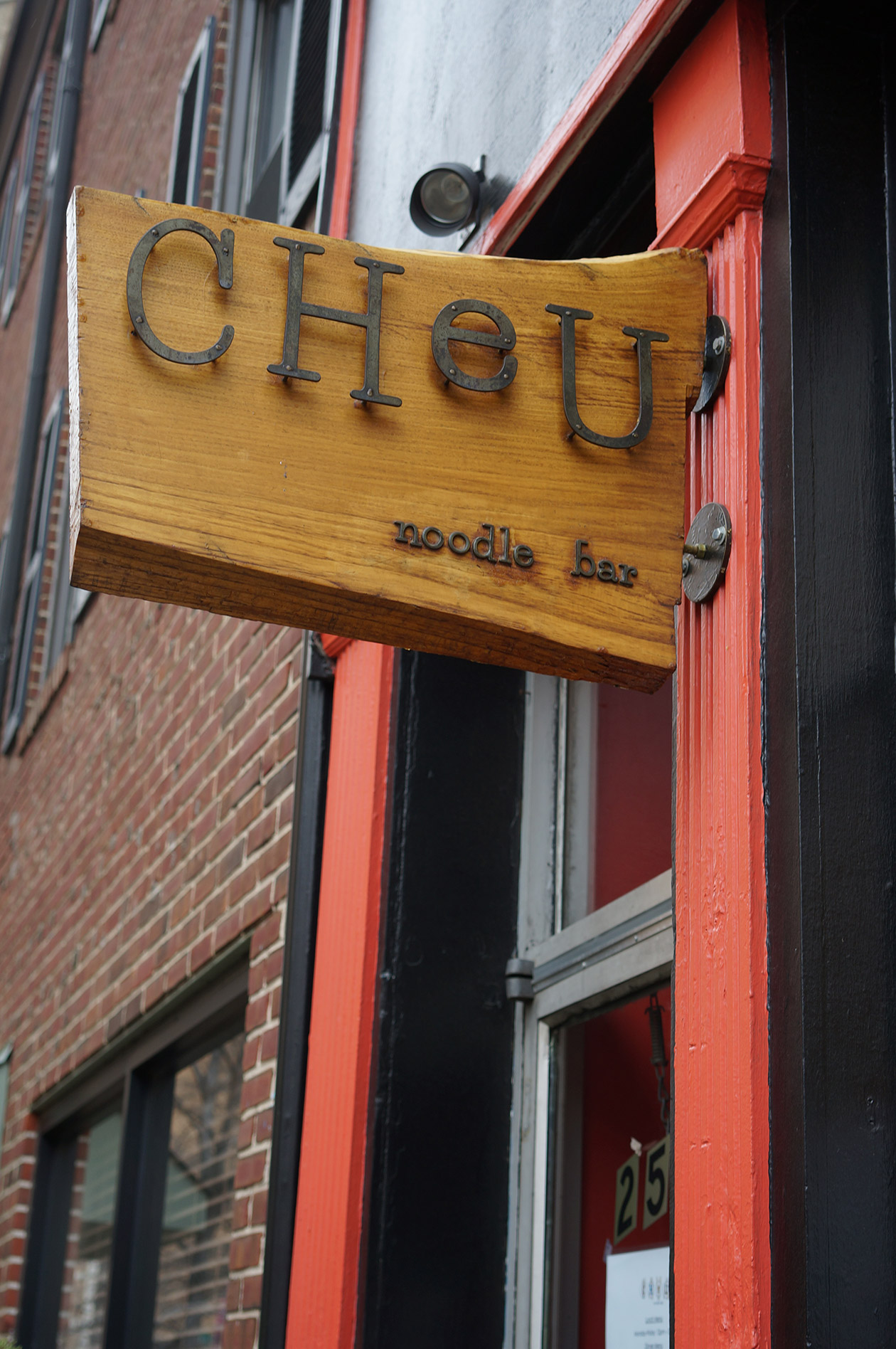 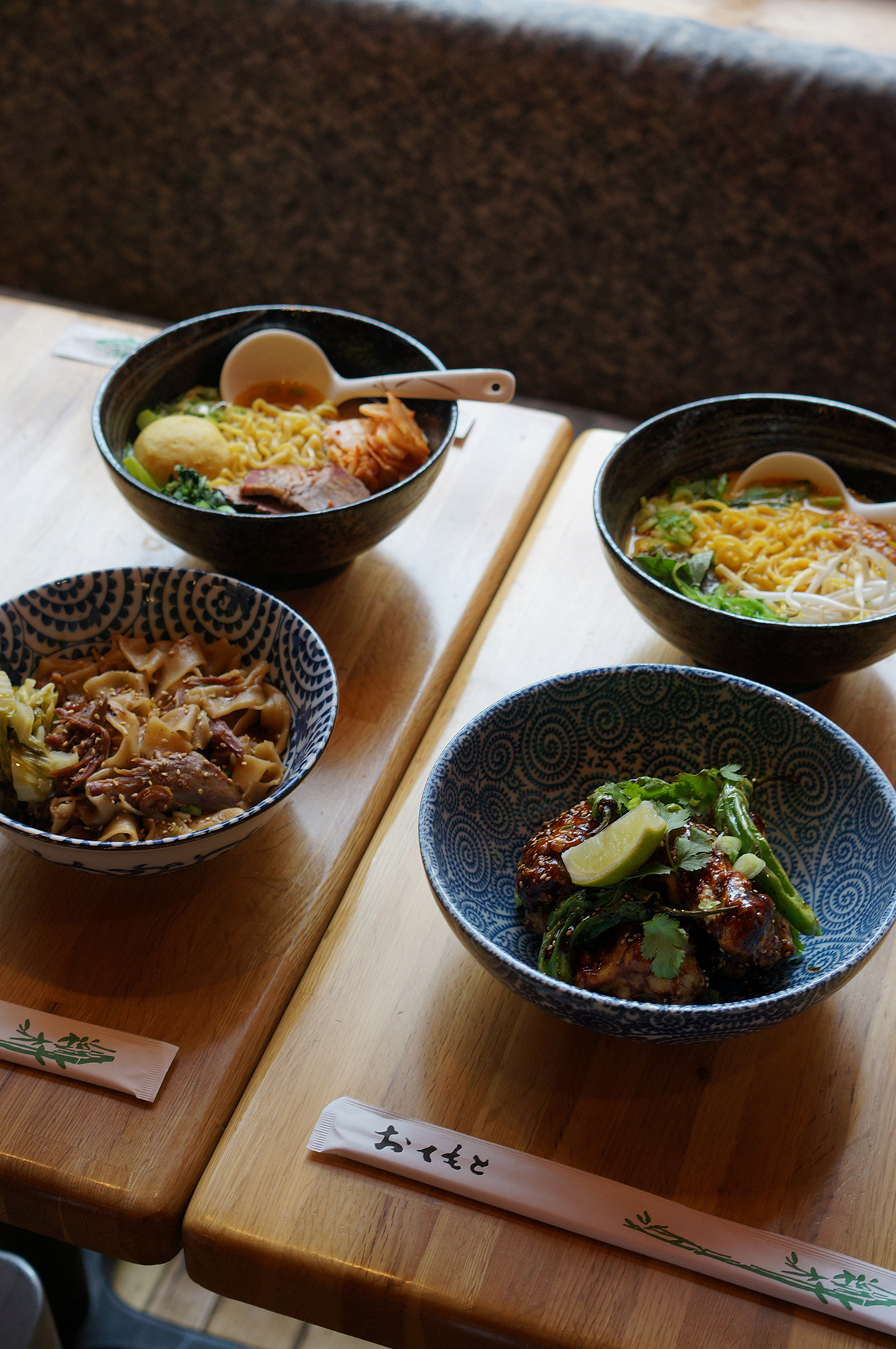 “In the beginning, [some customers] didn’t really think it was authentic enough, and they were correct in saying so. I don’t even know how to make authentic ramen,” said executive chef Ben Puchowitz. “It’s not trying to mimic authentic Asian food. It’s evolved from a starting point here.”

“To me, this is American food, but it’s using Asian ingredients and flavor profiles. In that way it’s fusion, but it’s not like I’m taking a technique from Asia and using it on the same plate as a technique from America. It’s more a mesh of the cultures and food,” said Puchowitz.

I’m a fan of Cheu’s beef dumplings in chili oil. They reminded me of something you could order at a Sichuan restaurant, but had another taste I couldn’t place. Puchowitz told me his father used to make Sichuan chicken at home; my mom would make us her own version of “yasai itame” (Japanese vegetable stir-fry). This rising eclecticism isn’t new, but maybe the fusion restaurants feeding foodies nonstop are finally reflecting what urban Americans have long done at home in serving dishes inspired by takeout food they loved or the way their multicultural neighbors cooked.

So I asked Puchowitz about the zany ice cream flavors, like honey mustard, toasted corn, or earl grey sriracha (chili sauce), you can buy around town now. I realized he might not have an answer, as his restaurant was more of a progression of his palette than a mission to create something no tongue had ever tasted. But he did have an answer: “It’s not like [new ice cream makers] are just going to open up a shop and just serve chocolate or vanilla ice cream. They’re going to serve something to make people come, and people come when things are different. Whether they’re good or bad. That’s when people come. Americans always want change.” Cassie Owens is a Philadelphia-based freelance writer. She writes mostly about cities and culture. Her work has been published in Next City, Philadelphia City Paper, CNN.com, the Jewish Daily Forward, and other publications. You can reach her on Twitter at @cassieowens.
TAGS:
SHARE:
TOPICS