All across the United States, scores of parks and trails honor Martin Luther King Jr. and his remarkable life.

Atlanta’s Martin Luther King Jr. National Historical Park includes the civil rights leader’s birthplace; the Ebenezer Baptist Church, where he served as minister and co-pastor until his assassination in 1968; his burial place; and exhibits on him and his wife, Coretta Scott King. 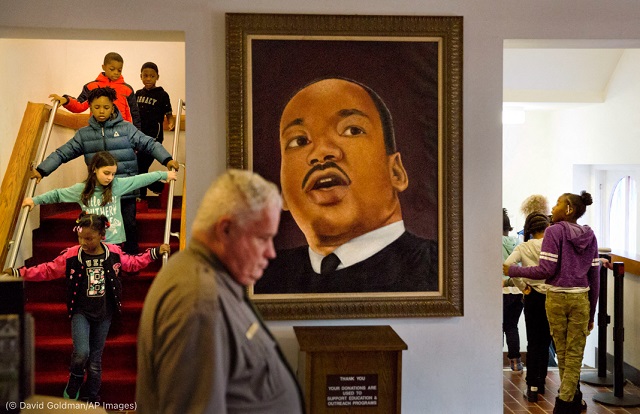 The Selma to Montgomery National Historic Trail in Alabama traces the 87 kilometers that King and other activists walked in 1965 to push Congress to pass the Voting Rights Act of 1965, which guarantees the right to vote to all African Americans.

Michigan’s 5.48 kilometer Martin Luther King Equality Trail, rather than signifying a personal connection to King, is a recreational space named to honor his contributions to social justice in the United States. The trail takes walkers through quiet suburban neighborhoods, a park and wetlands complex. 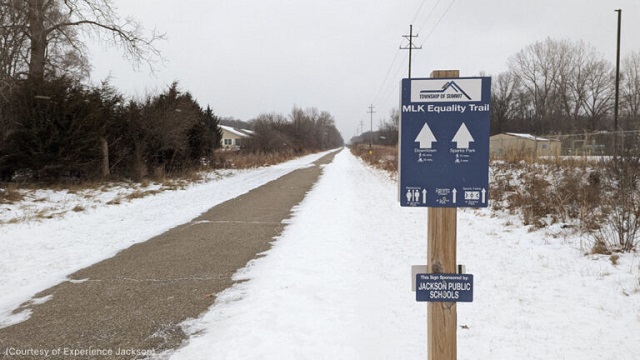 “When we look at King’s name being on those particular features like a park or a trail, a road, a school, whatever the case may be, it’s not just a memorial to King,” says Derek Alderman, a geography professor at the University of Tennessee. “It can be — and should be — a larger reckoning with the history of racial discrimination through infrastructure.” For decades, formal rules and laws, as well as informal social expectations, enforced racial segregation in the United States. Segregation dictated who had access to parks and trails. 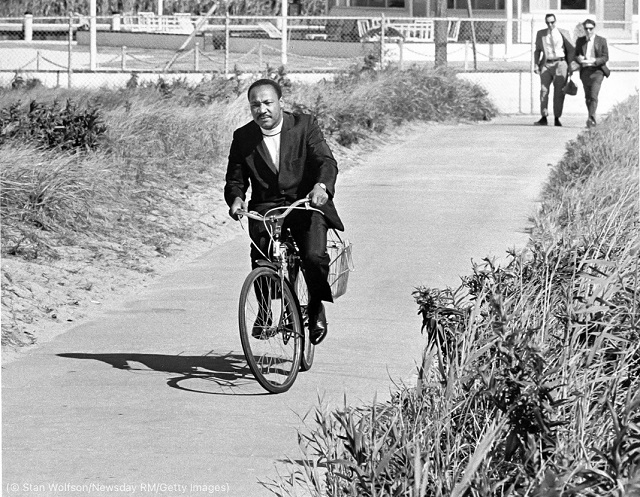 In King’s 1963 “Letter from a Birmingham Jail” — he was imprisoned for protesting segregation and penned an answer to critics who thought African Americans should wait for social justice — King mentions parks as one battleground for racial equality.

”As you seek to explain to your six-year-old daughter why she cannot go to the public amusement park that has just been advertised on television, and see tears welling up in her little eyes when she is told Funtown is closed to colored children, and see the depressing clouds of inferiority begin to form in her little mental sky … then you will understand why we find it difficult to wait.” – Martin Luther King Jr., excerpt from “Letter from a Birmingham Jail“

In South Carolina, visitors can explore Penn Center, an isolated, Reconstruction-era national park where King organized retreats with activists, unwound and collected his thoughts. He wrote many speeches there, including his famous “I Have a Dream” speech.

King delivered the 1963 speech on the steps of the Lincoln Memorial on the National Mall. It’s a short walk from the Martin Luther King Jr. Memorial, which opened in 2011 and features a likeness of King seemingly cut out of a mountainous stone behind him. It is reminiscent of the words from his speech that August day in 1963 during the March on Washington: “Out of the mountain of despair, a stone of hope.” Quotes from many of his speeches are carved into the stone.

These sites help visitors learn about King’s important place in the U.S. civil rights movement. And in doing so, they make outdoor exercise and educational experiences more inclusive. As the National Park Foundation notes on its website, “It is important that everyone feels welcome in our parks, which belong to all of us.”

Parks around the world bear King’s name, too. The Gandhi-King Memorial Plaza in New Delhi commemorates the nonviolent quest for social justice by both King and Mahatma Gandhi, an Indian attorney who helped free India from British colonial rule in 1947. The two men never met, but Gandhi’s nonviolent techniques inspired King’s movement.

“To have both those names joined together, conjoined symbolically and literally, that creates a moment to reflect,” Alderman says.