In the United States, Thanksgiving Day entails feasting on turkey at the dinner table with family and friends while giving thanks for the bounty. But for approximately 1.3 million active American military personnel, the holiday takes on an additional meaning: community and country.

From the Navy to the Army to the Air Force to the Marine Corps to the Coast Guard, members of the military can spend the holiday on base at home or abroad. Here’s a glimpse of how military personnel break bread (or pie) with their compatriots.

Even when home base is a landing ship on the Atlantic Ocean, Marines and sailors find a way to come together for a turkey meal. Marines don chef hats and aprons to serve their comrades dinner, transforming the mess hall into a lighthearted taste of home. 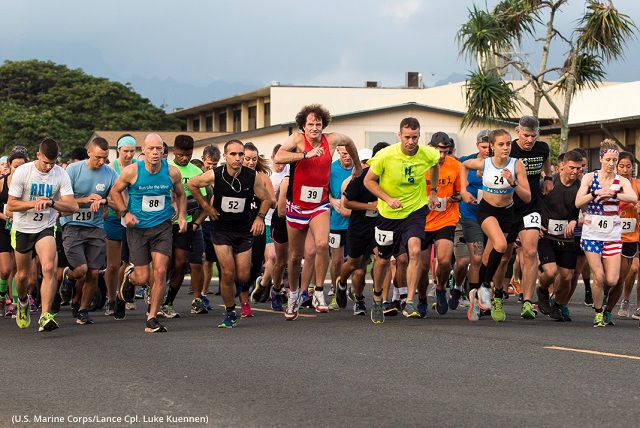 An annual tradition, the 10K Turkey Trot engages members of the military at bases around the world, like this race at Marine Corps Base Hawaii. This Thanksgiving-themed race bonds military members, plus their friends and family (who are encouraged to join) around the holiday.

When family members are thousands of miles away, connecting over the phone bridges the physical gulf between soldiers and loved ones. From ships on the Atlantic Ocean to bases in Baghdad, Iraq, military personnel hear their loved ones no matter how far away they are. 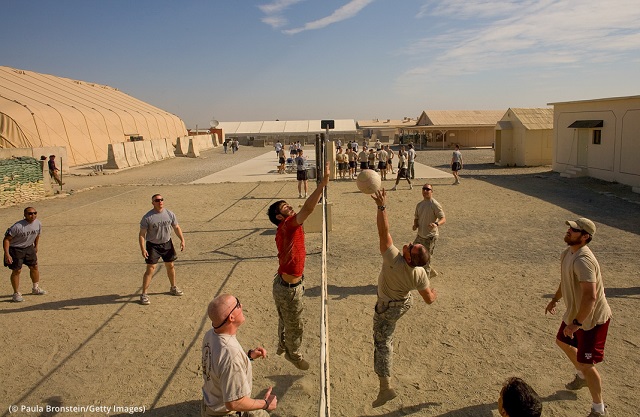 In the U.S., sports — especially football — are a cornerstone of the Thanksgiving weekend celebrations. But when turf and a pigskin aren’t available, a net and a volleyball tether military personnel together through tradition just the same. 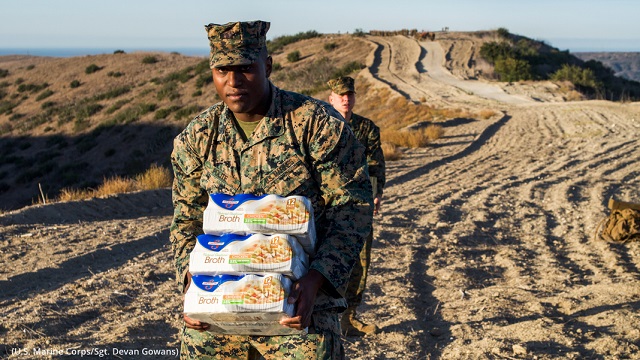 Near Camp Pendleton, California, conditioning exercises combined with the spirit of giving means a 14-kilometer hike for Marines during which they carry canned food for those in need. In 2018, they donated 3,900 kilograms of nonperishable food items.

Schoolchildren and charity groups across the U.S. often create care packages for military personnel abroad. These packages include American favorites, such as candy bars, and are distributed on base for the Thanksgiving holiday to give troops a sweet reminder of home. 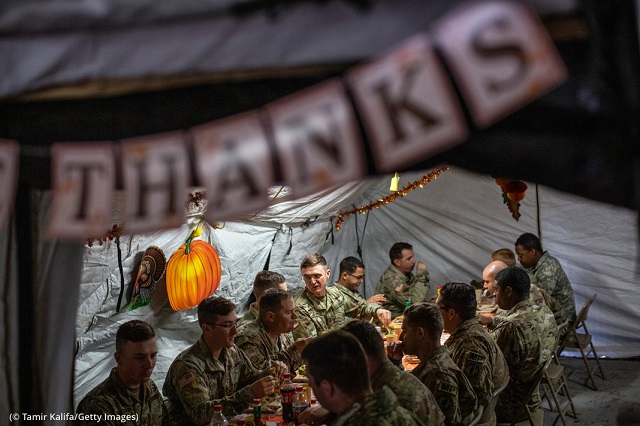 At the end of the day, creating a strong sense of community among troops can make anywhere feel like home. And nothing brings them together like food. Here, troops stationed between Donna and Weslaco cities in Texas enjoy a full Thanksgiving buffet, which includes 34 turkeys prepared by culinary specialists.