This article is part of a three-part series on how federalism works in America. Other installments will focus on state governments and the federal government.

Sandy Evans spent nearly six years urging the Fairfax County School Board in Virginia for later start times in secondary schools, also known as high schools.  Evans decided to run for a vacant spot on the 12-member school board and won. She resumed her push to have high schools start later than 7:20 a.m.

In 2014, Evans and other new members on the school board, backed by a new superintendent and others, approved 8:10 a.m. start times for high schools in the Fairfax County School District, which is the 10th largest in the United States. “It wasn’t the only issue by any means, but it certainly was my top priority on the board to get that done,” Evans said.

Welcome to local government in the United States.

What do local governments do?

The U.S. relies on a system called “federalism,” in which government powers are divided between local, state and national responsibilities. It’s an important concept to understand, because citizens encounter different levels of government daily, but in different ways.

Local government represents a crucial cornerstone of American life because it is the entity that citizens interact with the most, said Karla Jones, director of international relations and federalism at the American Legislative Exchange Council, an organization based in Washington. Local governments offer a wide swath of basic citizen services. They include providing water and sewer service, removing trash, plowing snow, offering housing services and transportation, enacting standards for school curricula, and protecting the public.

For example, when Americans call emergency services to report a crisis in the home, a local police officer, firefighter or paramedic will come to the house to investigate. Those first responders are most often paid by and answer to the local government, which gets its revenue from local taxes.

“It is the basis of governance, and it’s partially due to our federalism where whatever powers aren’t given to the national government devolve to the state and to local municipalities,” Jones explained. 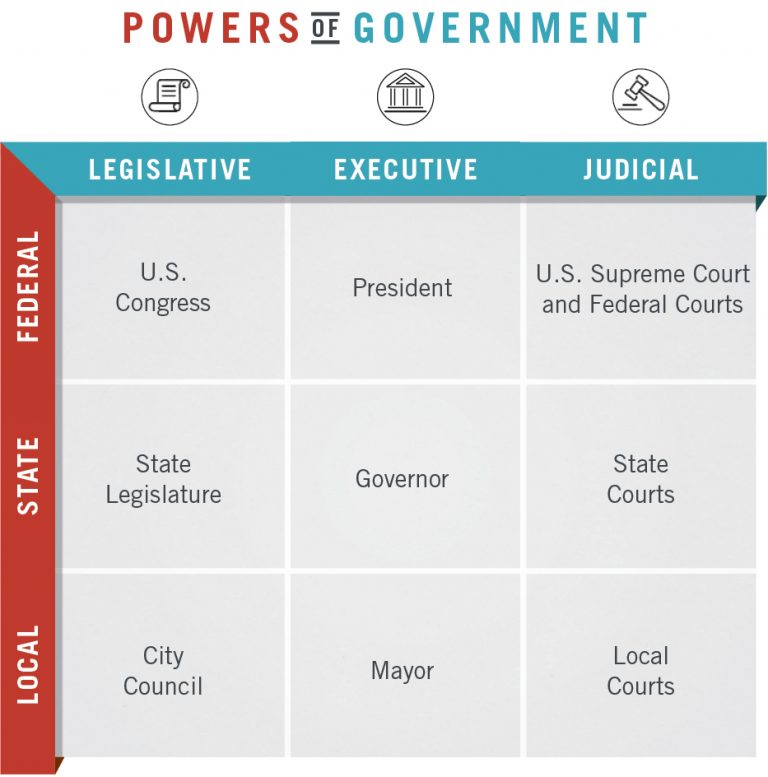 How many local governments are there?

There are nearly 90,000 units of local government in the United States, according to the 2012 Census of Governments, taken every five years.

Illinois had the most of any state with nearly 7,000 units. Hawaii had the fewest, with 21 units.

In general, local government falls into two tiers: bigger chunks called counties (called parishes in Louisiana and boroughs in Alaska) and municipalities or cities/towns. In some instances, counties are divided into townships.

Depending on the state constitution, municipalities can be structured in multiple ways. They can be called villages, boroughs, towns, townships, or cities.

Local government is all about give-and-take. For example, Fairfax County School Board member Evans originally wanted the high schools to start at 8:30 a.m. “Everyone had to give a little to get it done. You have to learn to listen to other people and to compromise,” Evans said.