“For centuries, Western civilization has claimed ownership of ingredients indigenous to the Western Hemisphere,” says Bitsoie, who works at the Smithsonian Institution’s National Museum of the American Indian. He aims to correct that false narrative at the restaurant he oversees, which serves as “a conduit to help tell the story of Native ingredients: how they were used in the past and how they are used now.”

In 2016, Bitsoie — a member of the Diné (or Navajo) tribe — became the first Native American executive chef of the Mitsitam Native Foods Café, the American Indian museum’s in-house restaurant.

“Mitsitam” means “Let’s eat!” in the language of the Delaware and Piscataway people, and Bitsoie produces dishes from a wide range of Native cultures, complementing the museum’s rotating exhibitions.

Bitsoie cooks with ingredients used by Native Americans for centuries. He changes the restaurant’s menu every four months, offering a mix of what he describes as “traditional, modern and popular foods” to suit nearly every palate. 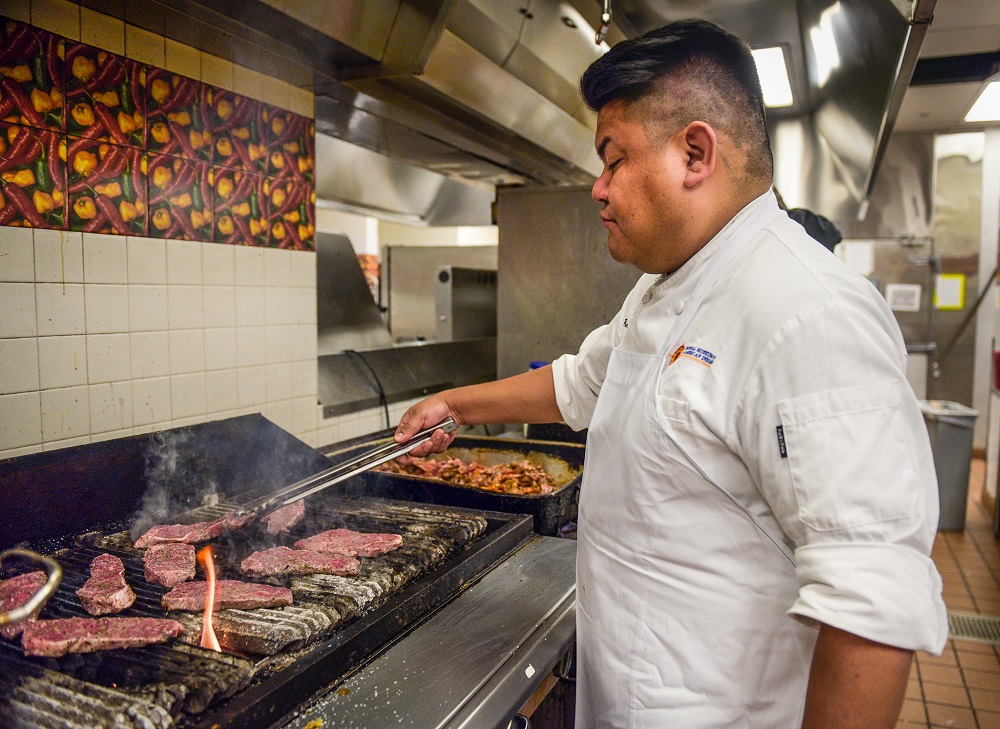 “As a chef, I have to know what the [culinary] trends are — what is moving in the ‘food world’ that people want,” he said. While the café’s menu is shaped by the seasons, it also adapts to special events at the museum.

“Dishes and recipes will come from my travels and experiences, or even from someone who shared a dish or recipe with me,” he said. Plus, “we tweak classic recipes all the time” to keep things fresh.

Bitsoie recommends the clam soup at the café’s Northern Woodlands station. Made from a recipe that’s been used for hundreds of years, the soup is an ancestral version of New England clam chowder. 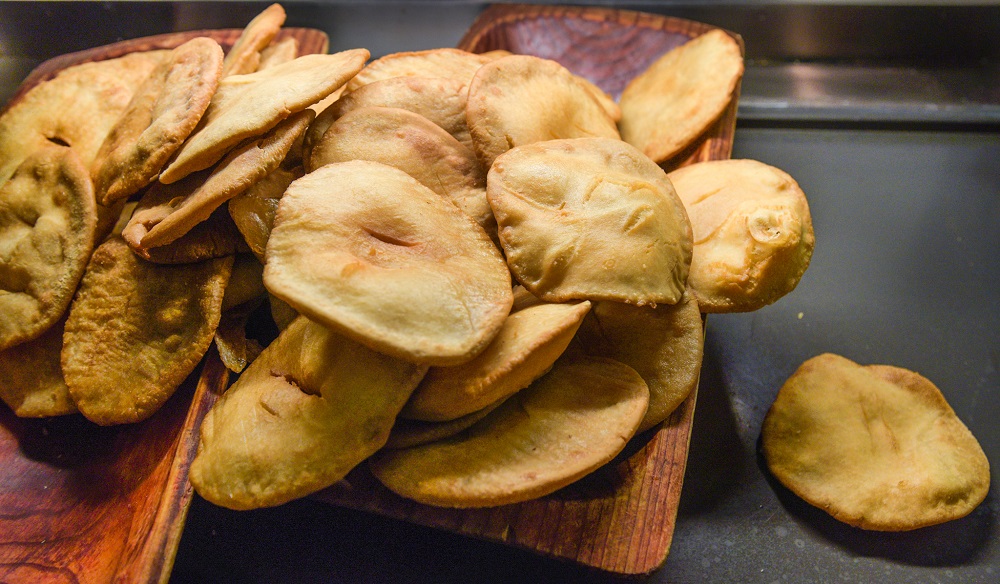 Fry bread, a Navajo treat, is one of many offerings at Mitsitam Native Foods Café. (© Carol Guzy)

At the café’s South America station, he highlights a cilantro chicken-and-rice dish, added to the menu by a guest chef from the Peruvian Embassy.

The bison burger is a good example of food from the Great Plains, while a recent innovation at the Mesoamerica station is the seafood posole.

Posole, best known as a pork or chicken stew, is “generally not made with seafood, but I went to North Vancouver Island, and that gave me the inspiration to use seafood,” said Bitsoie. 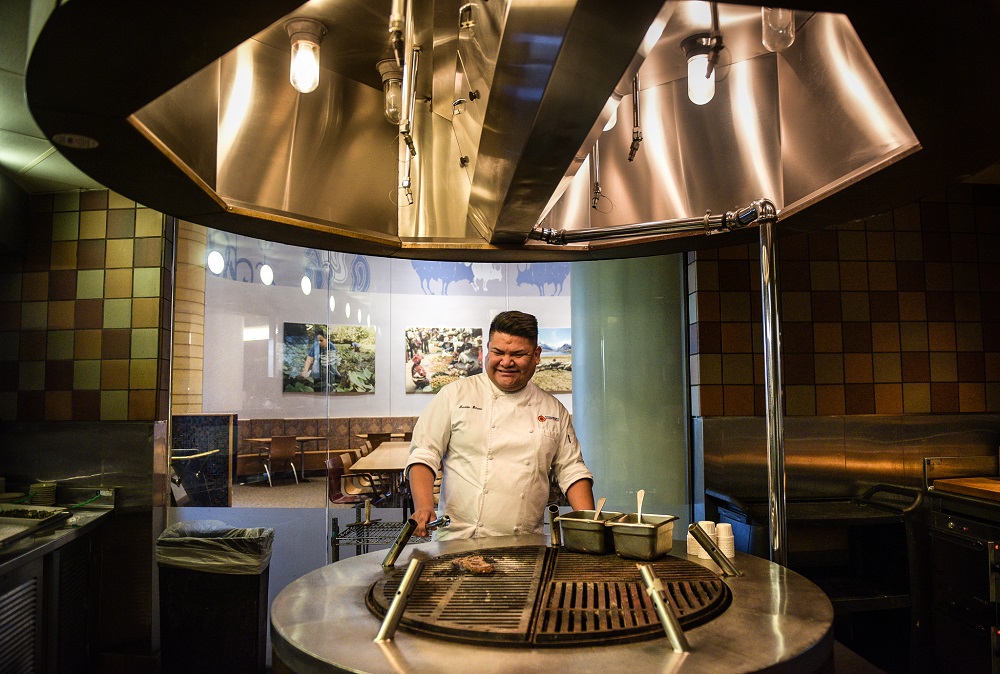 Bitsoie loves introducing new dishes to his guests. He says being the executive chef of Mitsitam Native Foods Café is his “dream job.” (© Carol Guzy)

A favorite of Bitsoie’s served at the Northwest Coast station is a beets-and-seaweed salad.

Bitsoie developed an interest in food while growing up in Utah and Arizona, and he trained in the culinary arts during his college days. He was already an award-winning chef in New Mexico before arriving in Washington.

Bitsoie’s flavorful experiments have maintained the Mitsitam Café’s status as a popular place for locals and tourists to dine.

“People travel from all over the world to eat at Mitsitam,” said Bitsoie, “and we don’t want anyone to have a bad experience.”