Number of LGBTQI+ Elected Officials Is Growing in the United States

The number of LGBTQI+ elected officials in the United States in national, state and local government roles continues to rise, according to a new report.

“Over the past year, we’ve seen an incredible jump in the number of LGBTQ people elected to public office — and they are becoming more representative of our entire community as well,” said Annise Parker, the president and chief executive of LGBTQ Victory Institute, the organization that released the 2021 report in July. Parker, the former mayor of Houston, was one of the first openly gay mayors of a large U.S. city. 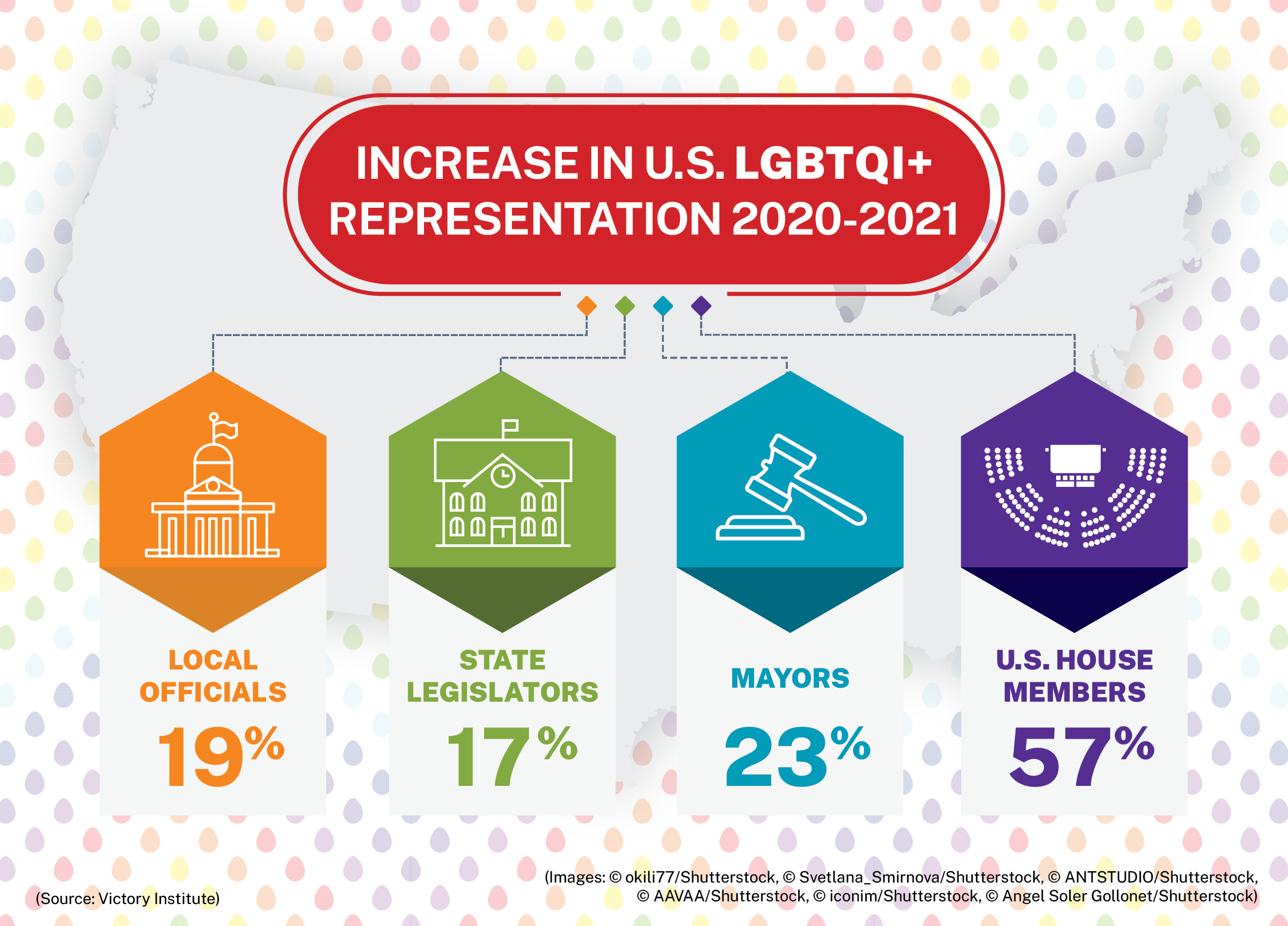 In Washington, the Biden-Harris administration’s Cabinet — appointed by the president with approval of Congress — is the most diverse in U.S. history. 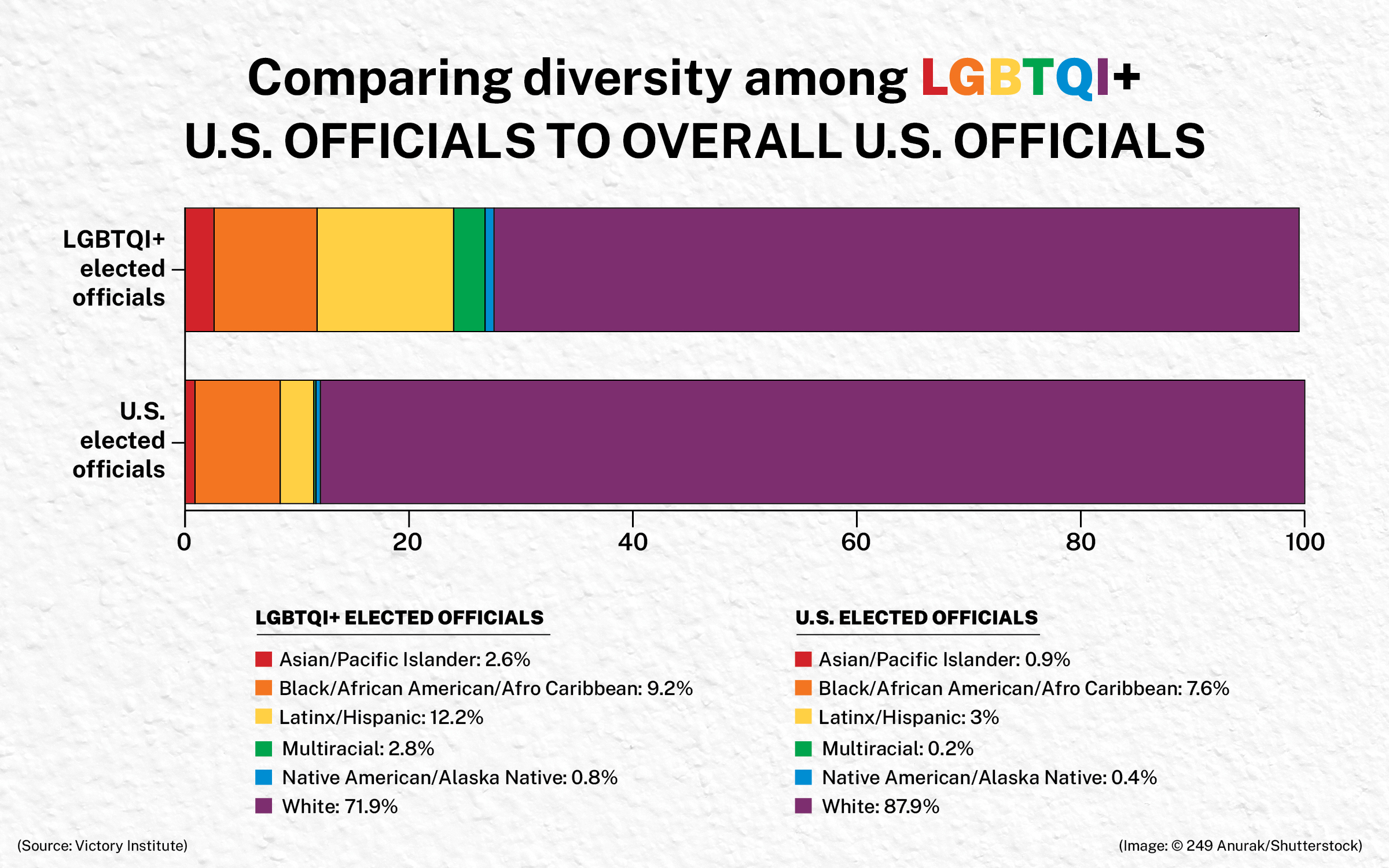 According to the report, there are also:

Even as these leaders discharge the duties with which their constituents have entrusted them, they also “are leading the way in passing conversion therapy bans in city councils, fighting anti-trans bills in state legislatures and in passing the Equality Act in the U.S. House,” Parker said. The Equality Act, which is awaiting a Senate vote, would enact federal nondiscrimination protections for LGBTQI+ people.

In the meantime, the Victory Institute report signifies a durable and increasing LGBTQI+ presence across all levels of U.S. government.