Solving Global Problems Together through Multilateralism

The solutions must cross them too.

Multilateralism is an organized relationship among three or more countries. When like-minded nations form alliances, the partnerships can inspire its members to find solutions to global problems.

“Our collective future will hinge on our ability to recognize our common humanity and to act together,” President Biden told the United Nations General Assembly in September. The U.N. is the largest and best-known multilateral organization. It was created in 1945 after World War II by countries committed to maintaining international peace and security.

Here’s a closer look at some examples of multilateral initiatives and how the U.S. participates. 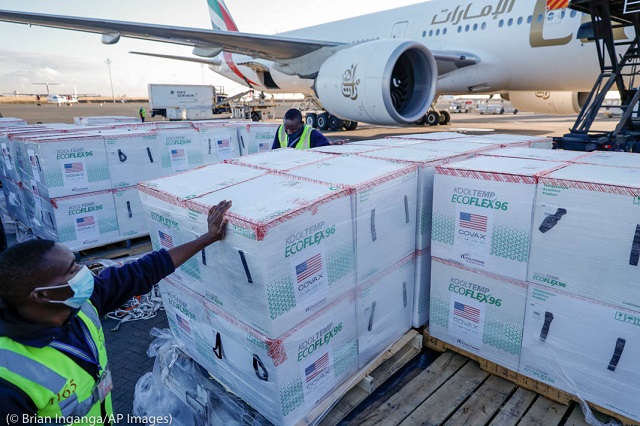 The U.S. is the largest single country donor in support of the global vaccine initiative COVAX. An August shipment of vaccines via COVAX to Kenya is seen above. (© Brian Inganga/AP Images)

Hundreds of  millions of people in 144 nations have received COVID-19 vaccine doses through COVAX, an international public-private partnership. All benefited directly from multilateralism. COVX provides innovative and equitable access to COVID-19 diagnostics, treatments and vaccines.

COVAX is coordinated by Gavi, the Coalition for Epidemic Preparedness Innovations, the United Nations Children’s Fund (UNICEF) and the World Health Organization, a specialized agency of the U.N. 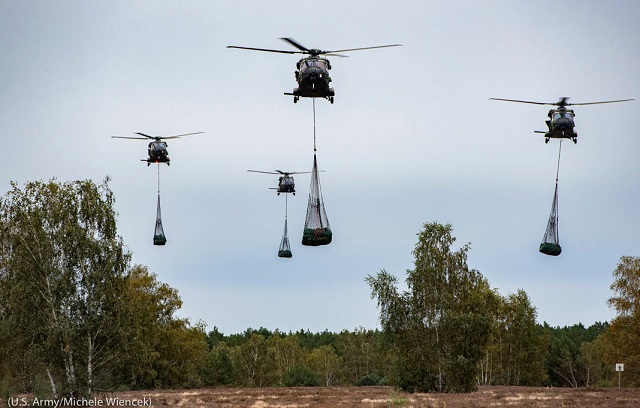 Every U.S. president since Harry Truman has reaffirmed the U.S. commitment to NATO. Above, German army helicopters deliver supplies in October during an exercise that included forces from the U.S., Germany, the Netherlands and Romania. (U.S. Army/Michele Wiencek)

The U.S. helped establish NATO in 1949 after World War II to protect member nations against an attack on any one of them. For nearly three-quarters of a century, NATO has been a pillar of strong trans-Atlantic relations.

During a June meeting with President Biden, NATO Secretary-General Jens Stoltenberg said a strong NATO is good for both Europe and the United States.

“I constantly remind Americans that when America was attacked for the first time on its shores since what happened back in the beginning of World War Two, NATO stepped up,” Biden said on June 14, referring to NATO’s commitment to the U.S. following the attacks on America on September 11, 2001. President Biden has confirmed the U.S. commitment to the 30-nation alliance. 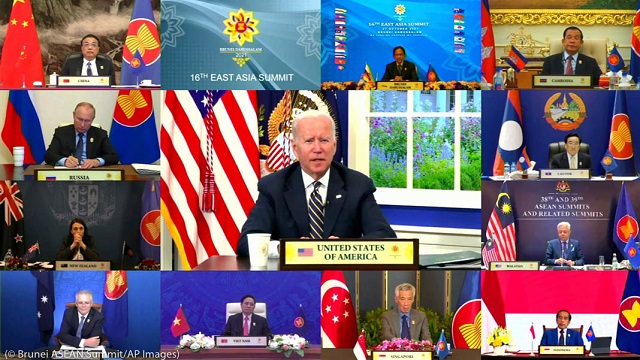 The U.S. pledged to contribute $102 million to support the 10-nation partnership in health, climate, economic, education and gender equity and equality issues.

“Our partnership is essential in maintaining a free and open Indo-Pacific, which has been the foundation of our shared security and prosperity for many decades,” Biden said during the meeting.

The U.S. is  also a member of the Quad partnership, which includes Australia, India and Japan and seeks to ensure a free and open Indo-Pacific region. President Biden met in person on September 24 with leaders from the Quad partner countries.

On his first day in office, President Biden acted quickly to rejoin the Paris Climate Agreement to tackle the global threat of climate change.

In April, the president convened the first-ever Leaders Summit on Climate, a historic gathering of more than 40 world leaders who affirmed the need for unprecedented global cooperation and reduction in carbon emissions. In September, he organized another meeting of top leaders to rally support for reducing methane emissions and other efforts.

“We can keep the goal of limiting global warming to just 1.5 degrees Celsius within our reach if we come together, if we commit to doing our part,” the president said November 1 during the 2021 United Nations Climate Change Conference also known as COP26.