Why Americans Give Thanks over a Shared Meal

Thanksgiving in the United States is a time to gather with family and friends, share a traditional meal and express gratitude for the good things in life.

Celebrated on the fourth Thursday in November, the U.S. holiday traces its origins to a three-day harvest celebration held in 1621 in what is now Massachusetts. Local Wampanoag Indians taught English settlers how to survive by growing native crops, hunting and fishing. The settlers invited the Wampanoag to feast on wild turkeys, duck, geese, fish and shellfish, corn, green vegetables, and dried fruits. The Wampanoag brought venison.

Thanksgiving still revolves around foods native to the Americas: turkey, cranberry sauce, and mashed potatoes, with slices of pumpkin pie for dessert. But each U.S. region has local variations on the traditional fare. 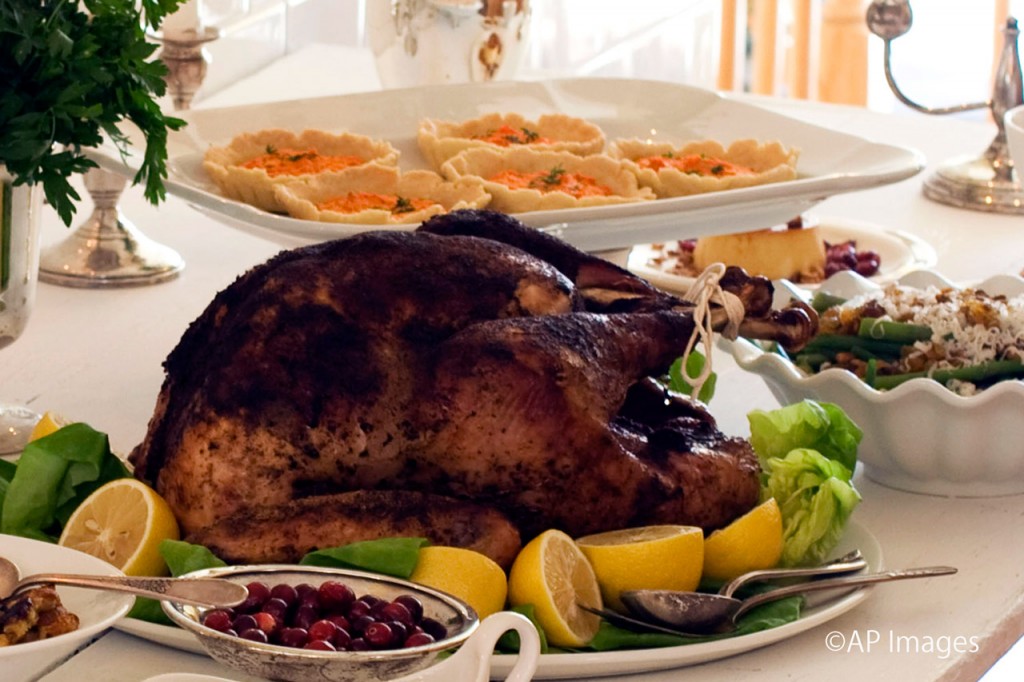 Turkey is the main course at a typical American Thanksgiving dinner. (© AP Images)

In the Northeast, a turkey might be glazed in Vermont maple syrup and the bread stuffing made with chestnuts. Residents of Baltimore serve sauerkraut, and some in the South make stuffing of cornbread with oysters and serve candied sweet potatoes with roasted marshmallows. Southwestern chefs might serve turkey rubbed in ancho chili paste and cumin.

Thanksgiving is still a day for Americans to show their gratitude for what they have and to share their bounty with others. In many U.S. cities, volunteers prepare and serve Thanksgiving dinner to the destitute, and churches, mosques, temples and other religious centers host interfaith celebrations.

Unlike some U.S. holidays, Thanksgiving is not tied to a single religious tradition, which makes it easier for people of different faiths to celebrate together, according to Christina Warner of the Shoulder-to-Shoulder Campaign, a nonprofit organization dedicated to interfaith understanding. “Breaking bread together is really a fundamental way in which people of different faiths get to know each other,” Warner said.

While the Muslim congregation waited in 2009 for construction of their center, Heartsong Church offered its space for nighttime worship during Ramadan. The Muslim worshippers began bringing food to share with the Methodists. And when Heartsong offered to host a joint Thanksgiving dinner, the Islamic Center agreed, but on condition “that we provide the food,” Siddiqui said.