“Information and knowledge are powerful tools,” Secretary of State Antony Blinken said May 2. “A free and independent press is the core institution connecting publics to the information they need to advocate for themselves, make informed decisions, and hold governmental officials accountable.”

The draftsmen of the U.S. Constitution deemed press freedom so essential that they enshrined it in the First Amendment to that document as a part of the Bill of Rights (1791), which secures fundamental individual rights against government overreach. 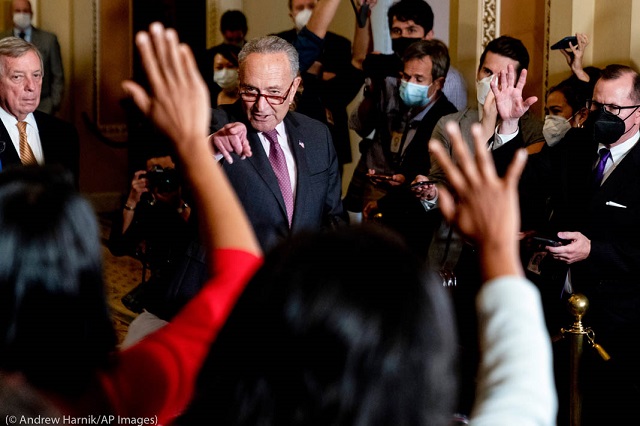 In the United States, the media are sometimes called the “Fourth Estate” or the fourth branch of government. While the Constitution established the executive, legislative and judicial branches, the phrase “Fourth Estate” reflects the unofficial but widely accepted role the news media play in providing citizens with information they can use to check government power.

Information supplied by journalists helps citizens make informed decisions on a host of issues, from local school funding to food and drug safety, and of course, which candidate to vote for.

On the crucial COVID-19 issue alone, U.S. reporters have explained what the virus is, publicized efforts to contain it, shared best practices to avoid it and countered disinformation. By contrast, reporters in Iran and China were arrested and their laptops confiscated for simply reporting the truth about COVID-19. Some received death threats. 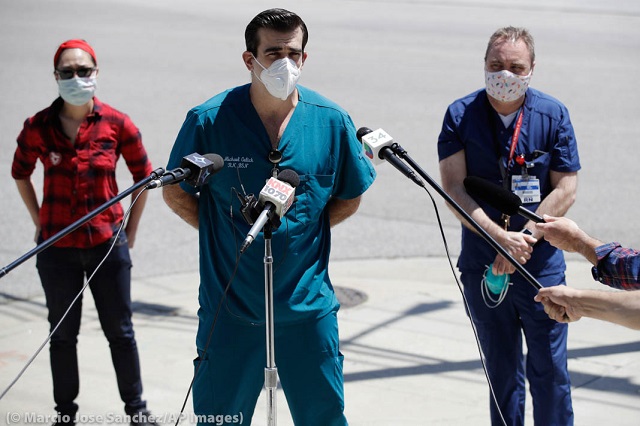 Health care professionals, such as these nurses in California in 2020, are important sources of information for reporters covering COVID-19-related events. (© Marcio Jose Sanchez/AP Images)

An independent press includes a diversity of voices and opinions, not just those that politicians want covered. In the U.S., investigative journalists conduct deep research on important topics to uncover facts that citizens need to know. American reporters cover protests and rallies of all kinds, knowing that the Constitution protects them. In countries like Belarus and Russia, by contrast, journalists are often harassed, arrested and sometime beaten for covering rallies that the government leaders object to. 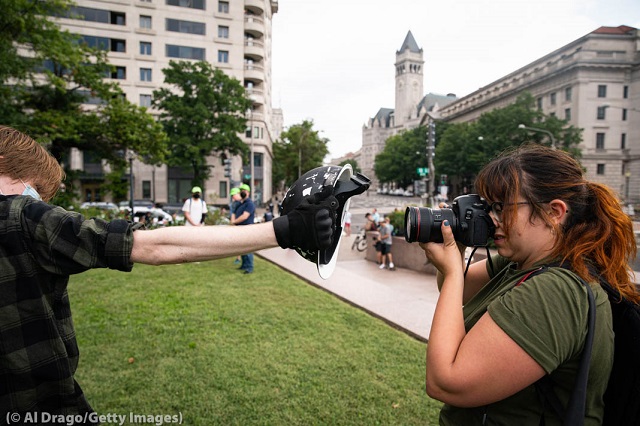 U.S. media cover protests around the world, such as this one in Washington in 2021. The First Amendment protects reporters in the U.S. (© Al Drago/Getty Images)

In the U.S., media are independent. They do not receive government funding. Most outlets get their revenue through subscription sales or selling advertising. This model contributes to media independence from government.

In countries with limited or no press freedom, government typically either owns the media or decides which outlets may operate. It frequently censors information. Dissenting voices are blocked.

That’s why the U.S. government provides financial support to U.S. public media outlets in countries that restrict the press. Outlets like Radio Free Europe, Radio Free Asia and Voice of America broadcast news in local languages to nations with restricted or no free media. Many employ local journalists. The U.S. government does not dictate what these organizations cover or how.