Ukrainian exchange students learn about life in the United States while thinking about loved ones back home dealing with war.

The exchange students, who are spending the 2021–2022 academic year in communities across the United States, realize they will return to a changed country.

They have found classmates and communities eager to help them cope with news from home and make a positive impact.

Life in a North Carolina coastal town of 700 people is a transition for Sonya Voitenko (pictured above), who hails from Sumy, a city of 260,000.

Her hometown in northeastern Ukraine is near the Russian border. Voitenko’s parents and sister left the city because Russian troops used it as a gateway to approach Kharkiv and Kyiv, she told the Ocracoke Observer.

Conditions in her home country changed late one night.

“I was texting my friends and they said, ‘I’m sorry to interrupt, but the war just started,’” she said. “I was shaking; I was so nervous. I started calling my parents.” 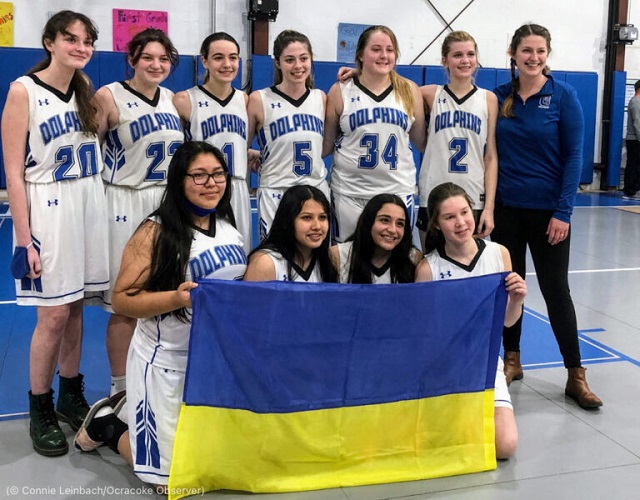 Voitenko, 16, arrived in August to Ocracoke, part of North Carolina’s coastal Outer Banks region. She says she enjoys the beach, the fishing community and the Hispanic heritage of her new surroundings.

In March, the community held a fundraiser for Sonya’s family in Ukraine. Her U.S. host family opened a bank account so Sonya could accept donations to help her family.

“Ocracoke has been a really supportive place.” 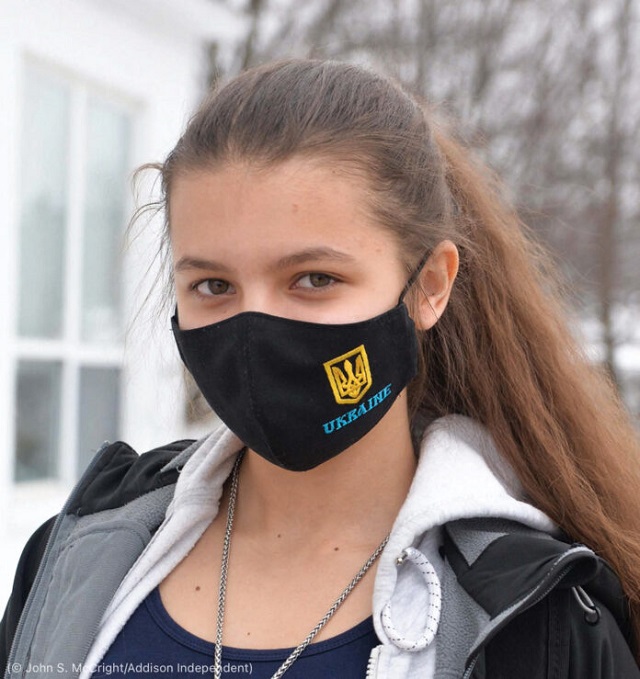 Diana Herasim, 15, hopes to work in the foreign service. She speaks Ukrainian, Russian and English with a goal of mastering Spanish and Chinese next.

Today she learns about American life in Middlebury, Vermont, where she lives with a host family and attends high school.

Hailing from Kherson, in the south of Ukraine, she hopes to be reunited with her father and brother, who remain in Ukraine, when it is safe to return home.

Herasim already serves as an unofficial ambassador by talking with U.S. students about life in her native country.

“My mission here is to let people know what is going on in Ukraine,” she said. “Ukraine is a strong country. We are ready to fight.” 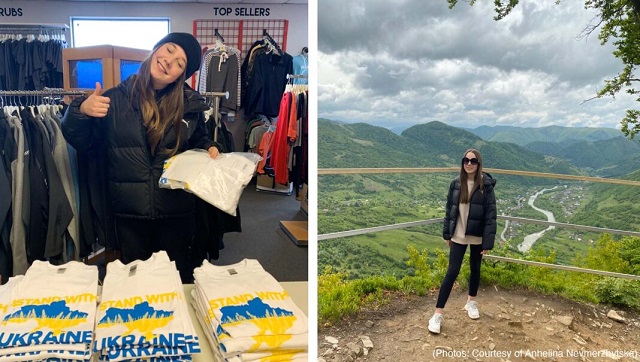 Both of Anhelina Nevmerzhytska’s parents are military physicians who do not plan to leave Ukraine.

“It’s just scary, because Russia kind of targets military facilities,” Nevmerzhytska told the Morrison County Record. She said her relatives who live in Kyiv were able to get out to safety.

That has left Nevmerzhytska, an exchange student in Fort Ripley, Minnesota, looking for ways to support her family and community in Lutsk, a city of 200,000 in northwestern Ukraine near Poland.

So, with a teacher’s help, she produced “Stand with Ukraine” T-shirts for a fundraiser to support fellow Ukrainians. The proceeds — $3,700 so far — are sent to nonprofit organizations in Ukraine. Nevmerzhystka plans to send the proceeds to wherever they’re needed most.

She also hopes to encourage people to act. “I would just like people to not stand by.” 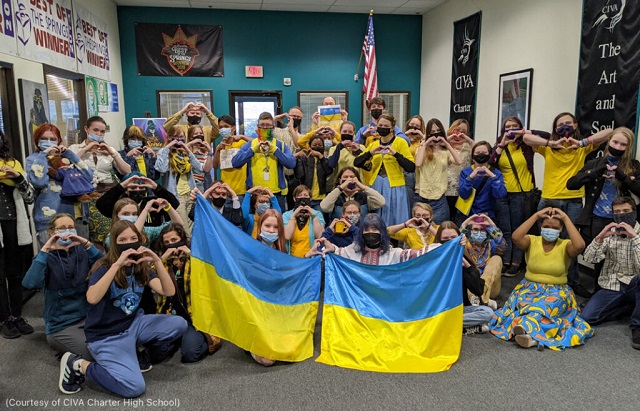 Svitlana Nerovnia, 16, worries about her family back home in Zhurivka, a small town about 120 kilometers from Kyiv. Her fellow students in Colorado give her a boost.

She said fellow students decorated her locker and sent messages via social media. “It makes me feel like I am not alone,” she told the Colorado Springs Gazette.

Nerovnia and Veronika Dementieva, another Ukrainian exchange student, both study at CIVA Charter High School in Colorado Springs. The CIVA acronym stands for Character, Integrity, Vision and the Arts.

“All of our students have really embraced the idea of solidarity,” said Elise Robinson, the assistant principal. “They have been really supportive, and we’re proud of them.”

Banner image: Sonya Voitenko, right, a Ukrainian exchange student in North Carolina, at a March fundraiser for her family back in Ukraine. (© Connie Leinbach/Ocracoke Observer)