Want Peace and Security? Include Women in Leadership Roles.

Gender equality is a better predictor of a state’s peacefulness than gross domestic product, a recent State Department report says.

The United States was the first nation to enact a comprehensive law based on women’s role in security, following the passage of the Women, Peace and Security Act of 2017.

The United States’ Strategy on Women, Peace, and Security of 2019 and recently released implementation plan highlight the need worldwide to recruit more women in law enforcement, security, technology and counterterrorism. They also set the standard — with measurable outcomes — for how other nations can formulate their own women, peace and security agendas.

Department-led efforts related to women, peace and security are focused on countries identified as partners for the initiative that are experiencing conflict and/or violence against women, as well as those at risk of conflict. Today, those include Afghanistan, Bosnia and Herzegovina, Georgia, Iraq, Somalia, South Sudan and Yemen.

“Supporting women’s meaningful participation to maintain peace, stem conflict, and counter terrorism leads to better security and economic outcomes for communities and countries around the world,” Secretary of State Michael R. Pompeo said on June 11. “The Department of State’s Implementation Plan lays out concrete steps to achieve our national security goals by addressing women’s underrepresentation in efforts to prevent conflict and promote security.”

The report identifies three primary objectives for the State Department and national security agencies to achieve by 2023: 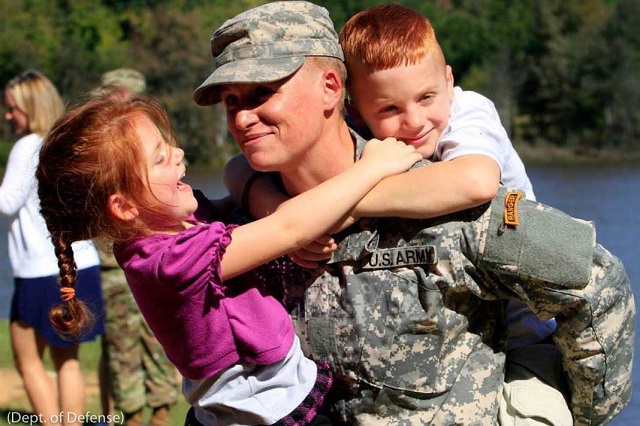 Lieutenant Colonel Lisa Jaster was 37 years old and a mother of two when she graduated from Ranger School in 2015. She was the first female Army Reserve soldier to earn the Ranger tab and the third female overall. (Dept. of Defense)

“Women are on the frontlines of building peace around the world,” Pompeo said in a tweet on June 11. “Strengthening their participation in peace processes prevents conflict and promotes global security.”