The term “LGBTQI” may be familiar, but you might have seen “LGBTQI+” and wondered what the “+” at the end means. Language is constantly evolving, and this symbol seeks to reflect and celebrate the full diversity of sexual orientations, gender identities and expressions, and sex characteristics — not only those who identify as lesbian, gay, bisexual, transgender, queer or intersex. LGBTQI+ includes them all.

June is LGBTQI+ Pride Month and is filled with awareness campaigns and parades. June commemorates the 1969 Stonewall Uprising, when New York City Police raided a bar popular with the LGBTQI+ community and patrons resisted. The uprising created the opportunity for millions to press for full and equal civil rights for the LGBTQI+ community. 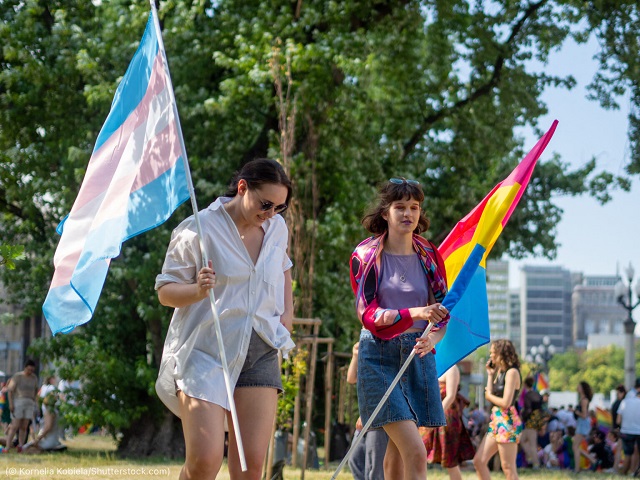 LGBTQI+ persons have made important contributions to their communities throughout human history. The way people have described themselves and their roles remain relevant today. For example:

Jessica Stern is the U.S. special envoy to advance the human rights of LGBTQI+ persons. She works with governments, civil society organizations and the private sector to promote and protect equal respect for the human rights of the LGBTQI+ community worldwide.

“Very few governments in the world have made a commitment to the integration of LGBTQI+ human rights in their foreign policy,” Stern said. “The U.S. can be a source of hope and inspiration for others.”

Banner image: A participant in the 2017 Toronto Pride Parade holds a sign saying "I am asexual & I exist." (© Shawn Goldberg/Shutterstock.com)