By Nuno Kokoro, Intern at the U.S. Consulate General in Osaka-Kobe

Nakajima Ryoko is a “wheelchair influencer” who conveys messages through YouTube, television, and other media platforms. Under the motto “shattering common assumptions about people with disabilities and breaking down barriers in Japanese society and in Japanese people’s hearts,” she speaks out about what it’s like to live in Japan and the United States as a wheelchair user. I spoke to Nakajima about her study abroad experience and her work as an influencer.

Leonardo DiCaprio saved me from becoming a social recluse

When she was a child, Nakajima loved playing outside. She used to play outdoors every day at lunchtime when she was in elementary school. When she was nine years old, she was playing on the horizontal bar one day with her friend just like she always did when her legs suddenly collapsed under her as she jumped down from the bar. It was completely unexpected. She was taken to the hospital and diagnosed with transverse myelitis. The doctor didn’t know what had caused the disease – perhaps bacteria from a cold she had caught a week earlier had entered her spinal cord or perhaps her spinal cord was damaged by the impact of jumping down. Regardless of the cause, she was paralyzed from the waist down and faced with the reality that she would have to start using a wheelchair. 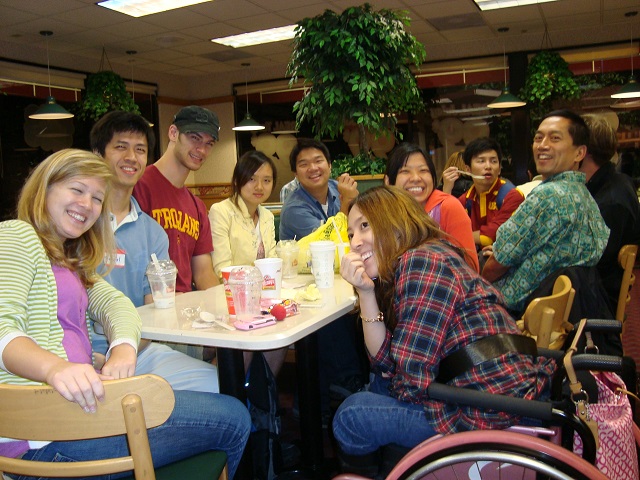 The world she experienced from the wheelchair was different from the world she had seen up to that point. For example, she needed assistance just to board a train, and she couldn’t get used to the way people kept staring at her.

“I was fed up and afraid to leave the house,” Nakajima said. “I became a recluse,”

It was around that time that her friend invited her to go and see the movie Titanic, which was a hit at that time. Nakajima was completely uninterested because she didn’t want everyone to stare at her again. But after she saw the movie, something changed inside her.

Wow! This movie is totally amazing! she thought.

She was completely enchanted by Leonardo DiCaprio, the star. It was the first time since she’d begun using a wheelchair that she wanted to go out. Before she knew it, she’d seen Titanic eleven times. The cinema was up a hill, but she made it there with the help of those around her. By going to see the movie again and again, she gradually became accustomed to going out alone and to people looking at her.

Nakajima seemed to really enjoy talking about how the movie Titanic “saved her life.”

My dream is to inspire people through film

Thanks to Titanic, Nakajima fell in love with movies and went to see many foreign films. Before she realized it, the positive spirit she’d gained from Titanic had developed into a dream to pass that positivity onto others someday. In her elementary school graduation essay, she wrote about her dream, saying she wanted to work in film and travel back and forth between Japan and the United States. She decided to study in the United States after graduating from high school and set her sights set on going to Hollywood, the heart of the film industry. She wasn’t a particularly enthusiastic student up until then, but she hit the books hard when it came to English because she wanted to study abroad.

When Nakajima was in her final year of high school, the English instructor at her cram school recommended she study at the University of Southern California (USC) if she wanted to learn about film. She became determined to go there. She moved to Los Angeles soon after graduating from high school, and after studying at a community college for two years, she was able to transfer to USC. She completely dedicated herself to her studies at community college because those grades would determine to a large extent whether she would be able to transfer. After writing about her experience as a wheelchair user in her application essay, she was accepted to the filmmaking program and was finally able to study at her dream school. 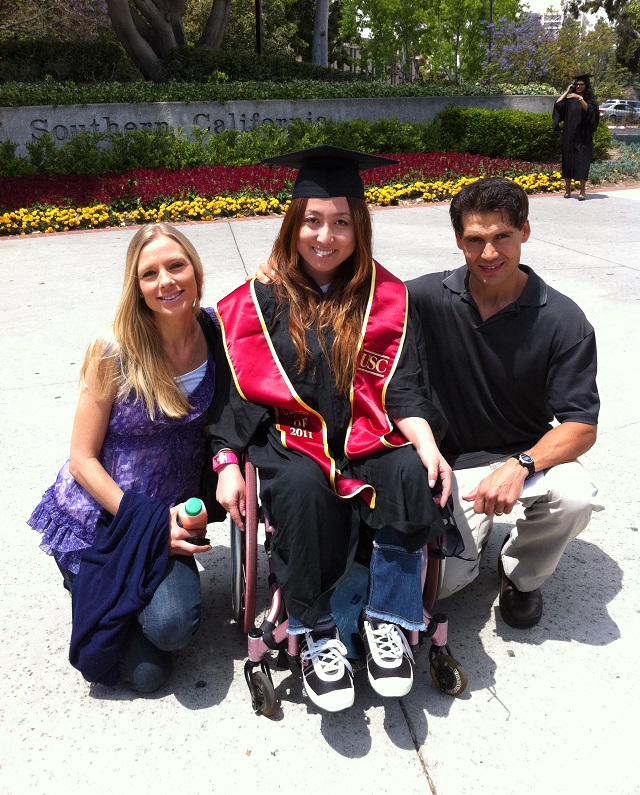 Later, she returned to Japan to take a job as a film editor at 20th Century Fox, which produced Titanic. It would seem that her dream had finally come true. And yet, she was not able to enjoy her work.

Taking the morning commuter train during rush hour with her wheelchair was hard for her. The trains were so crowded that she had to let several trains pass by before she could get on one. Other passengers sometimes yelled at her when her wheelchair bumped into them. As she became painfully aware of how difficult it was to live with a disability, she grew more and more convinced that she wanted to make Japan a place where people support each another in the warm and friendly way that she’d experienced in America. In order to make that happen, she felt she needed to convey messages to the public as a person who had overcome a disability. She decided she would put off pursuing a career in filmmaking until she had taken action to change Japanese society. That was when she started her activities as a wheelchair influencer by sharing content that reflects the standpoint of a person with a disability.

When she was studying in the United States, Nakajima didn’t need to think as much about her disability as she did in Japan. People in America often greeted her by casually asking why she was in a wheelchair or letting her know where the elevators were. Instead of having to use special multipurpose restrooms, she could simply use the women’s restrooms alongside people without disabilities. She found it easy to live in the United States because she felt that people’s hearts and facilities there were barrier-free and people were treated the same whether they had disabilities or not. 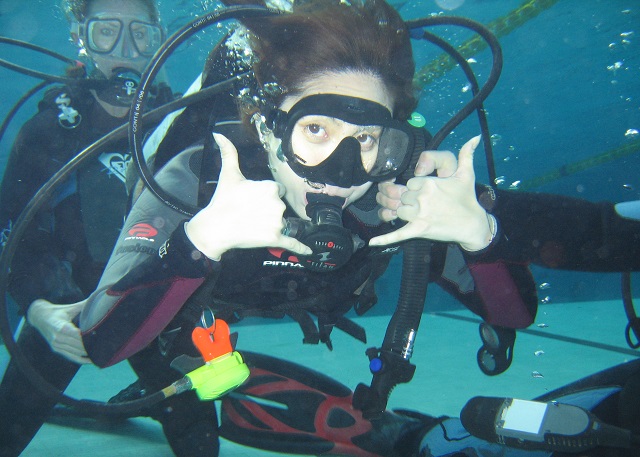 She developed confidence as well. Japan is creating barrier-free facilities, but more needs to be done to make people’s hearts barrier free, she says. People are extra careful around those with disabilities because they don’t know how to talk to them. “People don’t know what to do and that makes it hard for them to gauge the situation and act thoughtfully, which is something Japanese are fundamentally good at.” That’s why, Nakajima claims, Japan needs to break down the barriers in people’s hearts. Having interacted with people who have “barrier-free hearts” while studying in the United States, Nakajima is now aiming to make more people in Japan like that through her activities as a wheelchair influencer.

“Before watching Titanic, I was convinced there was no way I’d ever be able to do anything because I was in a wheelchair. I was always jealous of those in more fortunate circumstances. Now, though, I see my disability in a positive way – it was my inability to walk that gave me my dream. It doesn’t matter if you can walk or not. Anyone can live happily if they have the right mindset. In my case, seeing Titanic and interacting with people changed my mindset dramatically. If you find it hard to thrive in today’s world or if you feel depressed, I encourage you to take action so that you can encounter something that changes your mindset.” 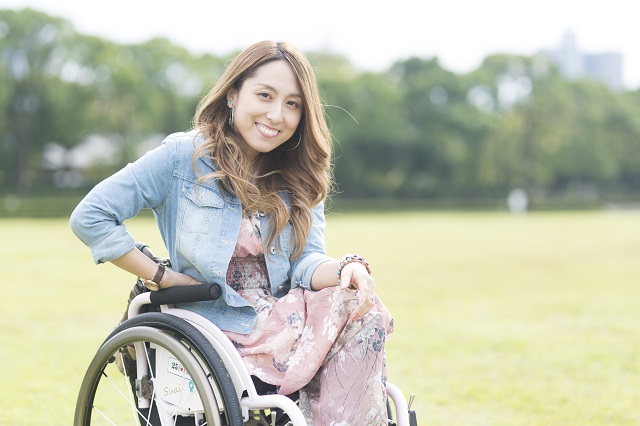