Cristeta “Cris” Comerford, one of the longest-serving White House executive chefs in history, has spent more than a decade feeding four presidents and their families and exhibiting her skills for various dignitaries at state dinners and other important culinary occasions.

Born and raised in Manila, Philippines, Comerford, 56, now a naturalized citizen of the U.S., studied food technology at the University of the Philippines and also studied classic French cooking and worked in Austria for a time. She moved to the U.S. when she was 23 and went on to work as a chef at two Washington hotels.

Comerford got her big break in 1995 when White House Executive Chef Walter Scheib III recruited her to work in the White House kitchen as assistant chef.

When Scheib retired 10 years later, first lady Laura Bush promoted Comerford to White House executive chef. The move made Comerford the first woman and the first person of color ever to hold the post since the Kennedys created it in 1961. 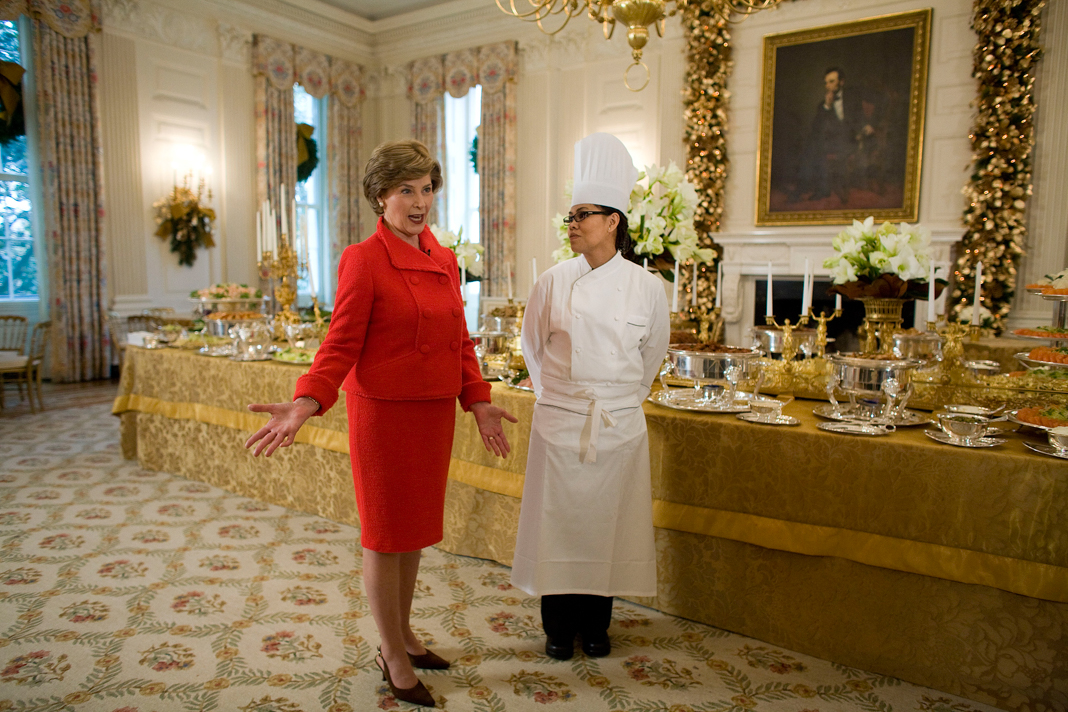 “Her passion for cooking can be tasted in every bite of her delicious creations,” Bush told the New York Times in 2005.

Comerford’s duties as executive chef include overseeing a staff of five full-time chefs, among other kitchen staff members, while planning and executing meals.

“She is one of the most revered Filipino chefs in the world,” said Jacqueline Chio-Lauri, editor of the recently released The New Filipino Kitchen: Stories and Recipes from Around the Globe. Comerford contributed to the cookbook and included a recipe from her late mother, Erlinda Pasia.

“Nanay’s language of love was cooking, and I had the blessing of growing up around the most talented and most efficient ‘chef,’” Comerford writes of her mother. “Many well-known chefs will tell you that their earliest and greatest influence was their mom. My mom was indeed the best cook I knew.”