Is California famous for barbecue?

What kind of images pop into your head when you think of California? The state boasts many famous tourist attractions, such as sandy beaches, Disneyland, and the Golden Gate Bridge, and is home to Hollywood and Silicon Valley’s startup mecca. Known as the “Golden State,” California is situated along the West Coast of the United States and is blessed with a pleasant climate. It’s a popular destination because of its beautiful beaches, vibrant cities, and great outdoors. But among California’s many attractions, there’s a culinary one that you might not have heard of—Santa Maria-style barbecue. In this article, John Taylor, the principal officer at the U.S. Consulate Fukuoka, talks about his fascination with this unique style of cooking.

In addition to heading the Fukuoka Consulate, John Taylor enjoys bowling and singing karaoke in his spare time. He strives to promote Japan-U.S. relations in his own original way that involves actively communicating with the public via social media. When the Great East Japan Earthquake hit, John was serving as a public affairs officer at the U.S. Consulate General Sapporo. He took his guitar to the disaster-stricken region and held musical events there to provide a diversion for evacuees and to support regional recovery.

John was a member of the U.S. Air Force prior to joining the Department of State, and it was at an Air Force base in California that he first tried Santa Maria-style barbecue. 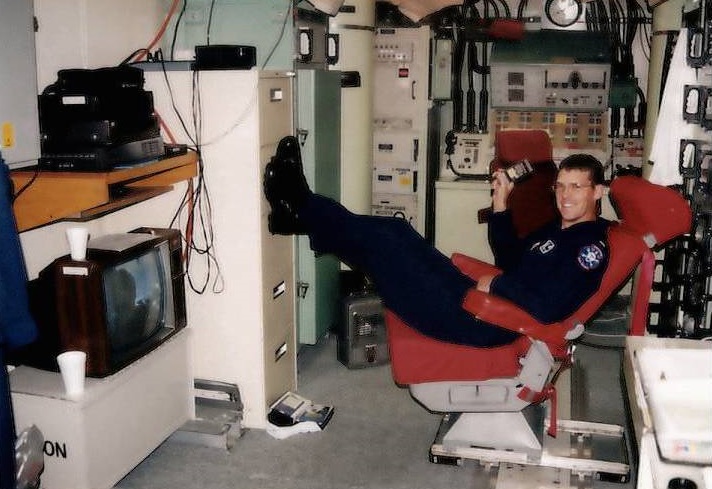 John Taylor discovered Santa Maria-style barbecue when he was stationed at Vandenberg Air Force Base in California. (Photo courtesy of John Taylor)

Beef tri-tip is the star player

“There are many styles of delicious barbecue in America,” John says. “And while it may come as a surprise, California also has its own unique tasty barbecue.” Santa Maria is a city in Santa Barbara County, located on the central California coast. Santa Maria-style barbecue is made using a unique grill that has a gridiron with handles on both sides. This allows the cook to adjust the height of the grill to control the level of heat. “It's smoked from a distance rather than being cooked with direct heat,” John explains. The most popular meat used in Santa Maria-style barbecue is beef tri-tip. On a cow that weighs about a ton, there’s only 2 kg or so of tri-tip. The meat is rubbed with salt and pepper, garlic power, and other spices, and the finished product is served with salsa instead of barbecue sauce. Cowboys are credited for having invented this cooking method, but the influence of immigrants from neighboring Mexico is seen in the use of salsa as a condiment. Typical side dishes include pinquito beans, salad, and French bread. Wood chips from the red oaks that grow abundantly in the region are said to impart the most flavor to the tri-tip. 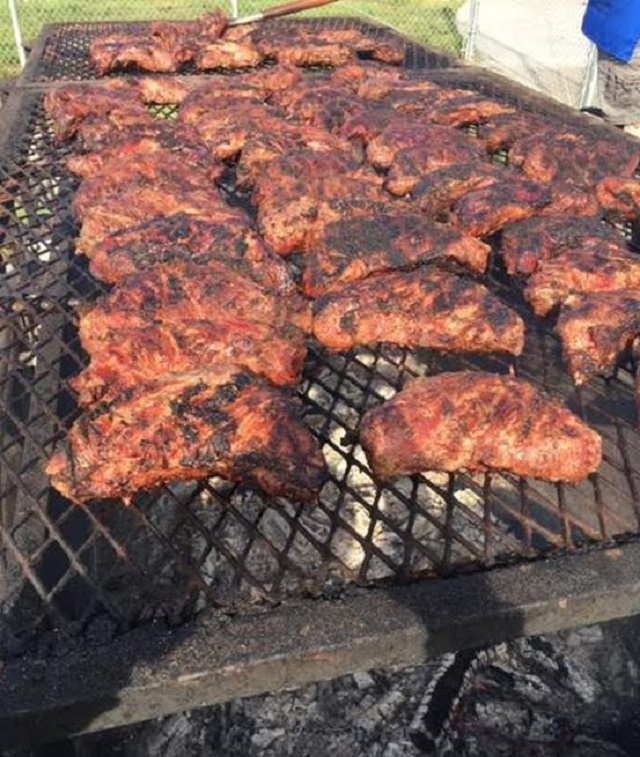 Santa Maria-style barbecue is famous for its use of beef tri-tip. (Photo courtesy of John Taylor)

When John was in the Air Force in California, he used to enjoy walking all around the city on the weekends. As he walked, he found himself enveloped in the delicious smell and smoke of barbecue being sold by street vendors. To this day, John remembers how succulent and flavorful their barbecue was. “If you go to California,” he says, “venture outside of Los Angeles and try to visit Santa Maria. I don’t want you to miss out on such a delicious treat.”

Barbecue—the heart and soul of America

“I love sumo,” John says. “I greatly admire the Japanese culture that has been nurtured and developed through long history and tradition. I envy that about Japan because the United States is still a relatively young country. But the condensed history of our nation can be traced through the different styles of barbecue. The regional characteristics of barbecue show us the unique history of each area through the way they integrate the influence of immigrants, local climate, and geographical features. Santa Maria-style barbecue represents America’s diversity because it was invented by cowboys and influenced by a mixture of immigrant cultures, including Mexico and France. That’s why I love American barbecue.”

The passion for barbecue displayed by many Americans seems to stem from the fact that its development is closely connected to the history of the American people and it symbolizes the nation through culinary culture. I plan to continue exploring American barbecue in an effort to better understand the country itself. 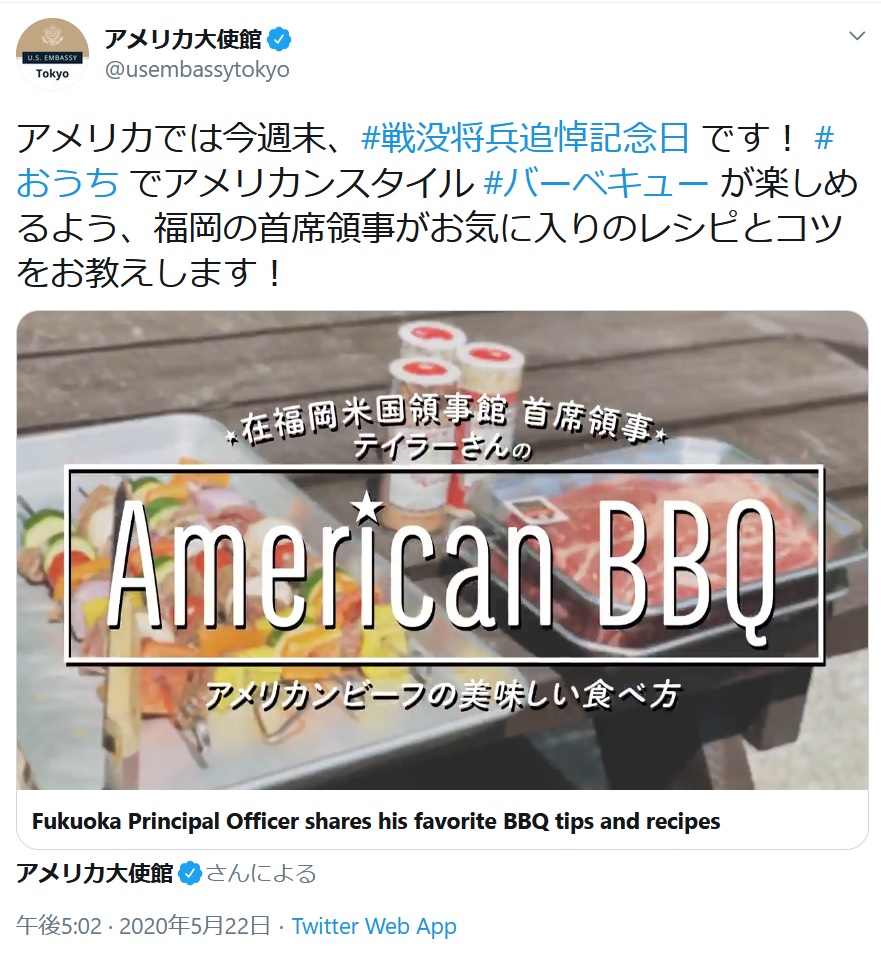