When John Register qualified for the Olympic trials for hurdles in 1988 and 1992, he was flying high and seemed destined to become an Olympic athlete. He had been an All-American track star while attending the University of Arkansas on an athletic scholarship, and, after enlisting in the U.S. Army and participating in Operation Desert Storm, he won nine gold medals in the Armed Services Competition and two World Military Championships. 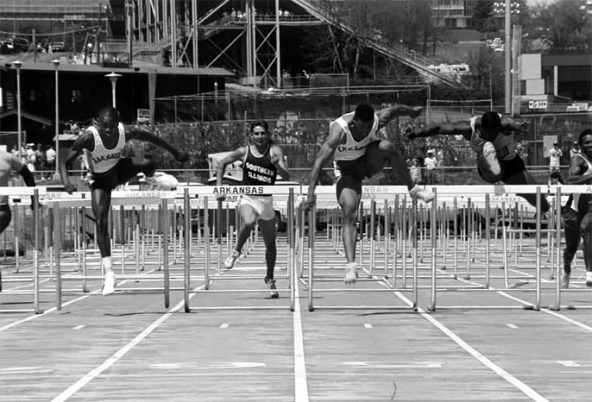 John Register (third from left) competes in the 110-meter high hurdles for the University of Arkansas.

But with a single misstep in 1994, everything he had been working so hard to achieve suddenly fell hopelessly out of reach. He hyperextended his left knee on a hurdle landing and suffered a serious injury that led to the amputation of his leg.

The pain and shock of the injury blurred his consciousness at first, but as he recovered from the surgery, he soon began to worry about how his role in society would change now that he had a disability, he said in a September 2018 interview with American View. He was in Japan to speak at a conference organized by Hands On Tokyo to promote awareness of social inclusion for people with disabilities. 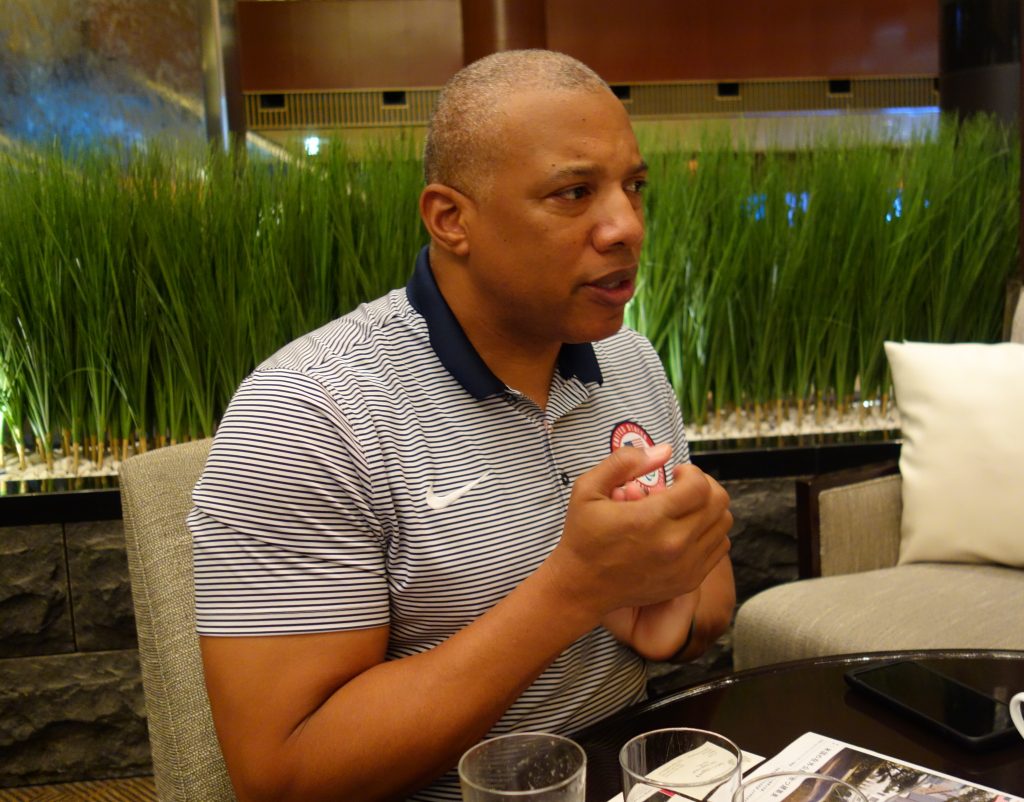 Register speaks to "American View" in Tokyo about how he adjusted to life after his injury.

“When the leg was gone, that was when I really understood that my life had changed,” he said. “Would my wife still see me as her husband? Would she stick around? Would my son still see me the same way as his father? Would I still have a job? How would society see me?”

He plunged into a downward spiral mentally, thinking about the stigmas associated with people with disabilities. “I was believing what society had told me to believe,” he explained.

But he reached a turning point when his wife said to him, “We’ll get through this together. It’s just our new normal.” He realized that the stigmas he needed to overcome were his own beliefs about people with disabilities

Register also felt it was important to surround himself with individuals who saw opportunities despite the obstacles. He said that people with disabilities are often limited by the preconceptions of the people around them. 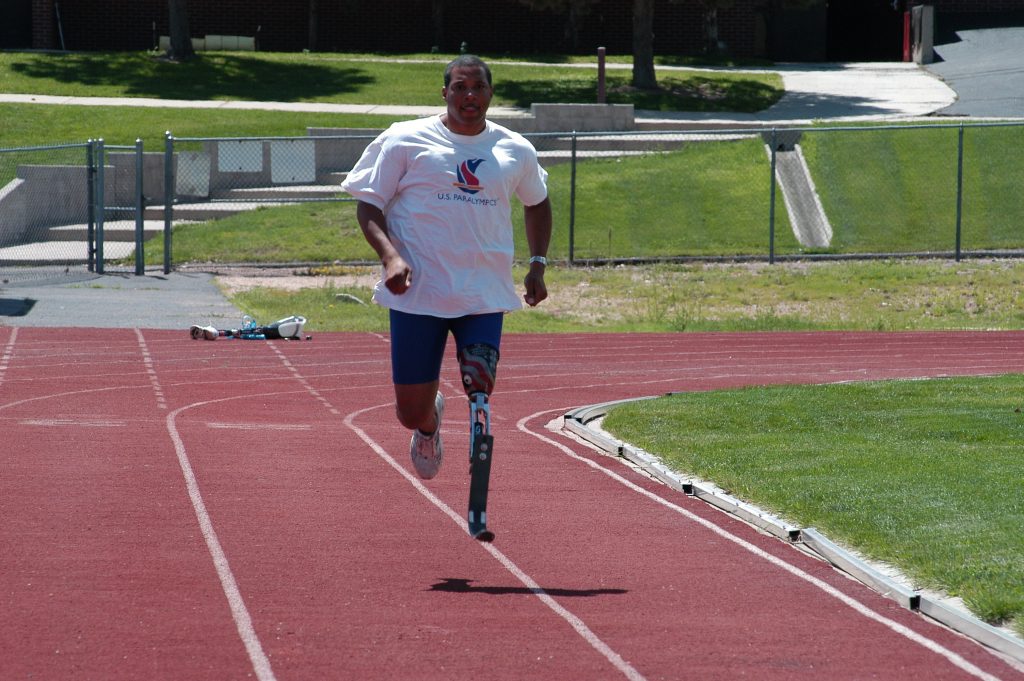 After his injury, Register started swimming as part of the rehabilitation process. A natural athlete, he ended up qualifying for the U.S. Paralympic Swimming Team and participating in the Atlanta Paralympic Games in 1996. Inspired by the athletes with disabilities running and jumping in the Paralympic track and field events, he decided to give it a try himself and got fitted with a running prosthesis. He went on to compete in the Sydney Paralympics in 2000, winning a silver medal in long jump and taking fifth place in both the 100-meter and 200-meter races. 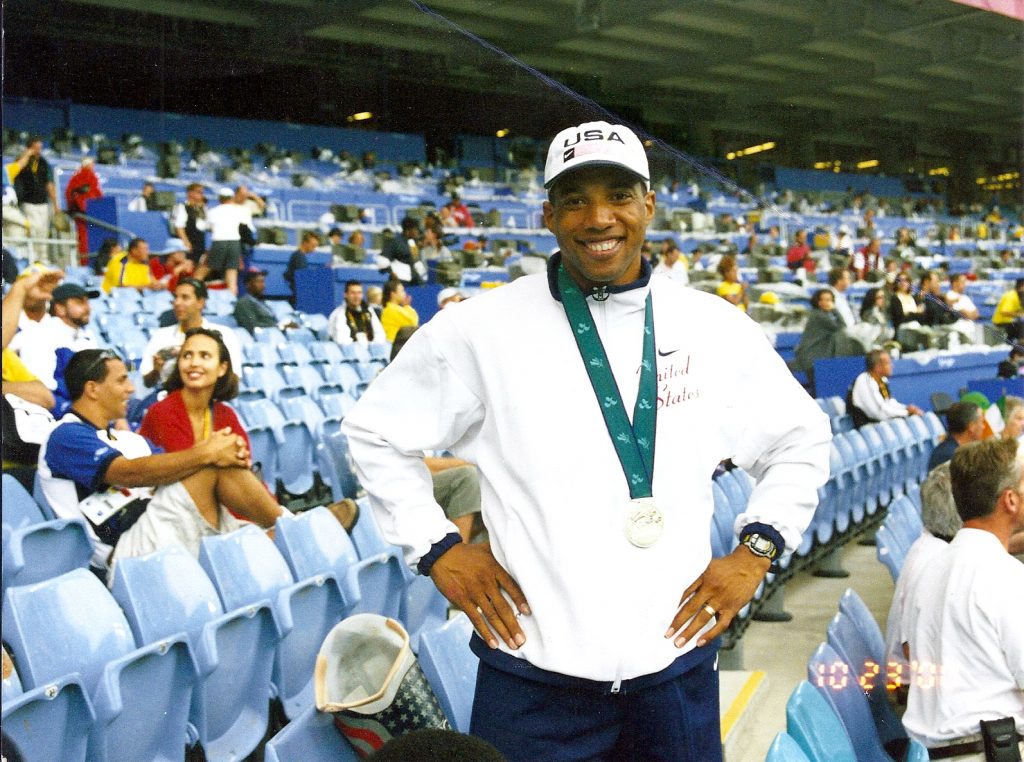 Register shows off his silver medal at the Sydney Paralympic Games in 2000.

When his career as an athlete drew to a close, Register shifted to helping other people find their “new normal.” He joined the U.S. Olympic Committee in 2003 and founded the Paralympic Military Program, which uses Paralympic sport opportunities to support wounded, ill, and injured American service members and veterans. His role in the committee involved creating systems and pipelines to identify potential Paralympic athletes in the United States. He continues to help Paralympic athletes around the world to tell their stories.

“Inside the movement of Paralympics,” he said, “it’s important for athletes to be able to tell their story and link it to the business opportunity in order to get people engaged and shift to not only help with financial contributions but also change how they might think about people with disabilities in their own organizations.”

Register encourages people with disabilities to advocate and create awareness for those who don’t understand what it’s like to live with a disability. “You can flip the conversation,” he said.  “I want them to know that they are empowered to do that. They are emboldened to do that. They do not need to sit back in the shadows.”

As he travels around the United States and the world, one of the things Register focuses on is educating reporters on how to write about people with disabilities. Instead of describing the performances of Paralympic athletes as “inspirational,” he said, reporters should use the same language they would use to talk about athletes like Lebron James or Katie Ledecky. “The Paralympics are the parallel games to the Olympic Games,” he explained. “Let’s parallel the language we would use to authenticate and validate a performance. That changes the perceptions of the readers.”

In addition to his work with the U.S. Olympic Committee, Register served on an advisory committee to former Secretary of State Condoleeza Rice on issues regarding persons with disabilities. Now he is a motivational speaker helping businesses, organizations, and individuals learn how to deal with setbacks and turn obstacles into opportunities. 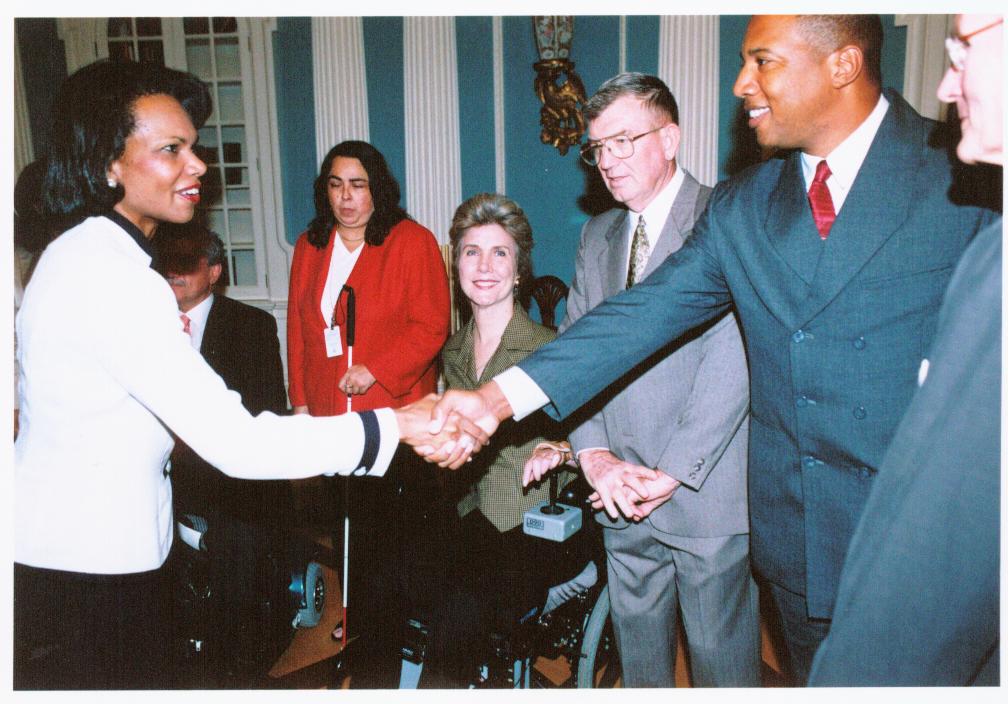 “I can’t uncouple the new normal from my life,” he said. “It’s always about helping people to uncover what might be limiting them and holding them back so they can live barrier-free or frictionless in their lives.”

During his visit to Tokyo in September, Register visited some of the new facilities being constructed for the Olympics and Paralympics in 2020. “There’s a lot of enthusiasm, and I love seeing that early,” he said. “I’m looking around the city, and there’s a good buzz that’s going on.”

No doubt Register will be back in Tokyo in 2020 along with a talented and inspired group of American Paralympic athletes ready to take on the world.