Try Something New at “Taste of America 2018”

The dog days of summer are finally over, and people are starting to get their appetites back. In Japan, autumn is known as the best time of the year for hearty eating. If you’re craving something fresh and flavorful this season, we’ve got just the thing for you.

During the first two weeks of October each year, the U.S. Agricultural Trade Office in Japan teams up with eateries in the Tokyo area to organize a campaign called “Taste of America,” in which restaurants offer special menu items incorporating ingredients from the United States. This year’s theme is “Something New,” and about 30 restaurants are participating.

Now in its eighth year, the campaign is aimed at introducing a diverse array of American food and U.S. agricultural products to Japanese restaurateurs and restaurant-goers. This year the participating restaurants, ranging from simple burger shops to fine dining establishments, feature not only traditional American cooking, but also Mexican food, farm-to-table dining, Italian fare, and vegan offerings. The only requirement is that the restaurants use at least two American ingredients that they haven’t used before or use them in a new way. 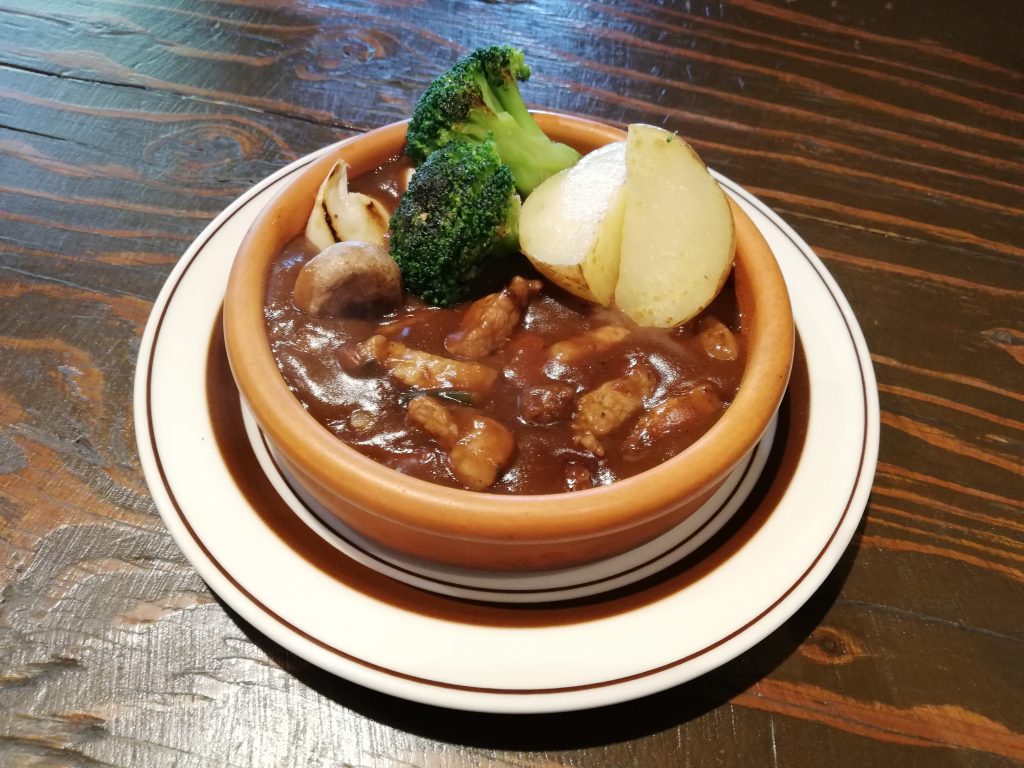 For their Taste of America offerings this year, many of the participating restaurants have chosen American beef or cheese. These may seem like obvious choices for ingredients from the United States, but these eateries have experimented with new cuts of meat and different varieties of cheese and incorporated them into their menu offerings in fresh and unique ways. Brooklyn Diner in Komazawa, for example, has created a hearty stew of American beef tendon and short plate with potatoes and Cajun spice, simmered in Brooklyn Lager (an American brand brewed in Japan). And Prime 42 in Shiodome is offering an appetizer of burrata cheese and walnuts from California, served with fresh black figs and a puree of beets and raspberries. 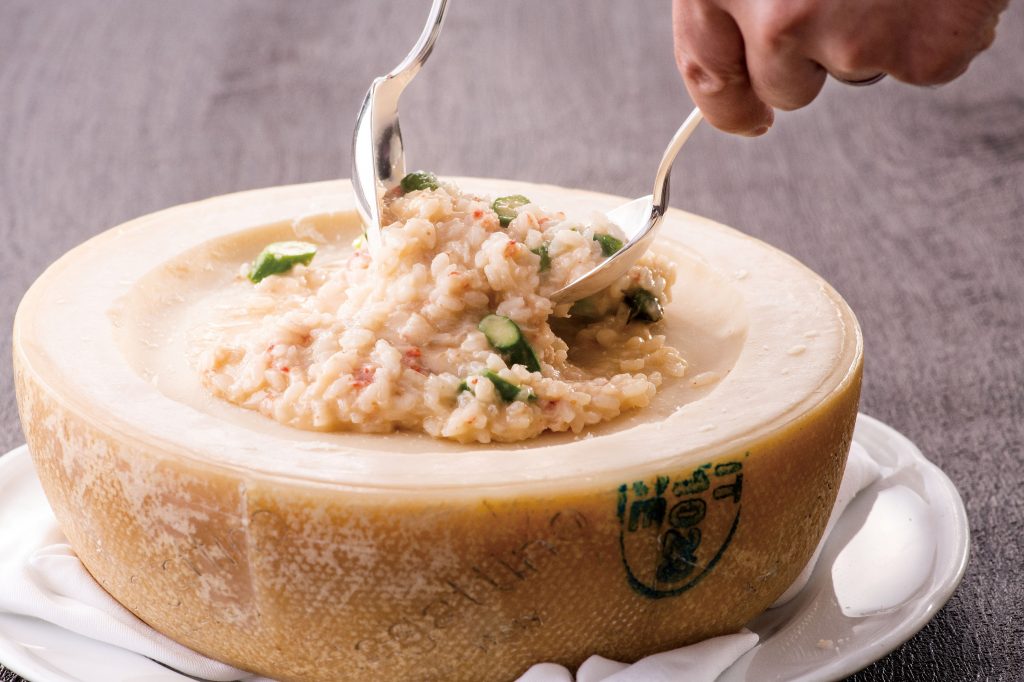 Some of the other popular ingredients selected for the campaign this year are olives, pork, seafood, and dried fruits, such as cranberries and prunes. In addition, several eateries have chosen to feature Calrose rice in their “Taste of America” offerings. They’ve created innovative new dishes that take advantage of how the texture of American-grown rice differs from Japanese varieties, such as risotto made with snow crab and sparkling wine (The Artist’s Café at the Tokyo Dome Hotel), rice salad dotted with Alaskan smoked salmon and walnuts (Empire Steak House in Roppongi), and Mexican-style inarizushi containing American pork and walnuts (Frijoles in Azabu Juban and Roppongi). 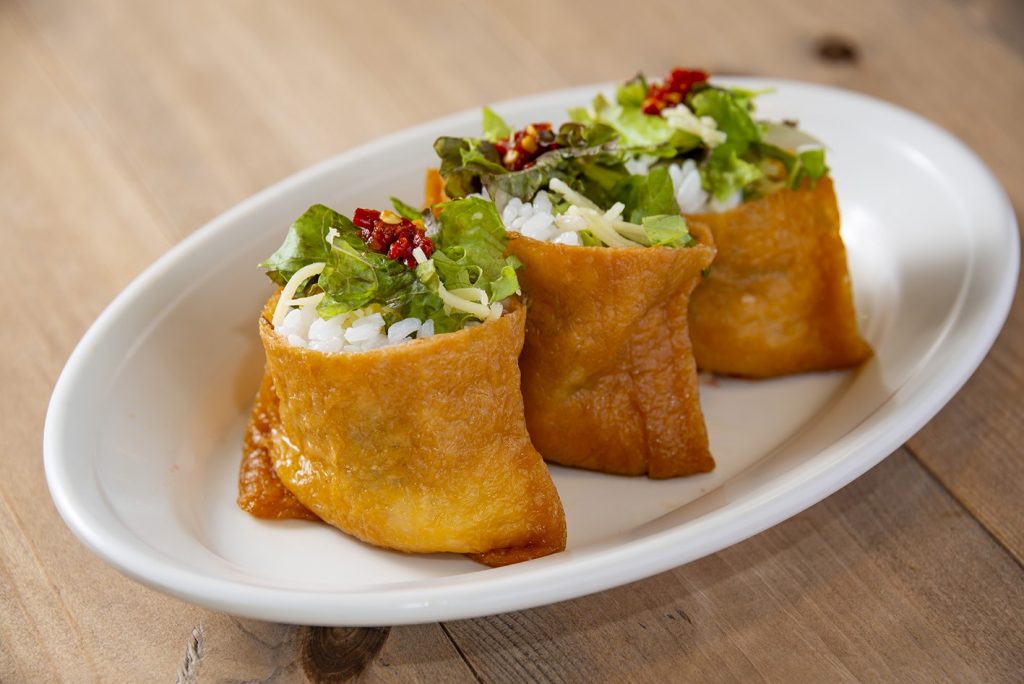 Cocktails and desserts are integral parts of a special dinner out, and the participating restaurants do not disappoint in these categories either. Bubby’s New York outlets throughout the Tokyo area are offering a Spicy Moscow Mule during the campaign period that contains Tito’s Handmade Vodka from Austin, Texas, and unfiltered ginger beer. Several restaurants are also featuring California walnuts and prunes in special desserts that are not to be missed. 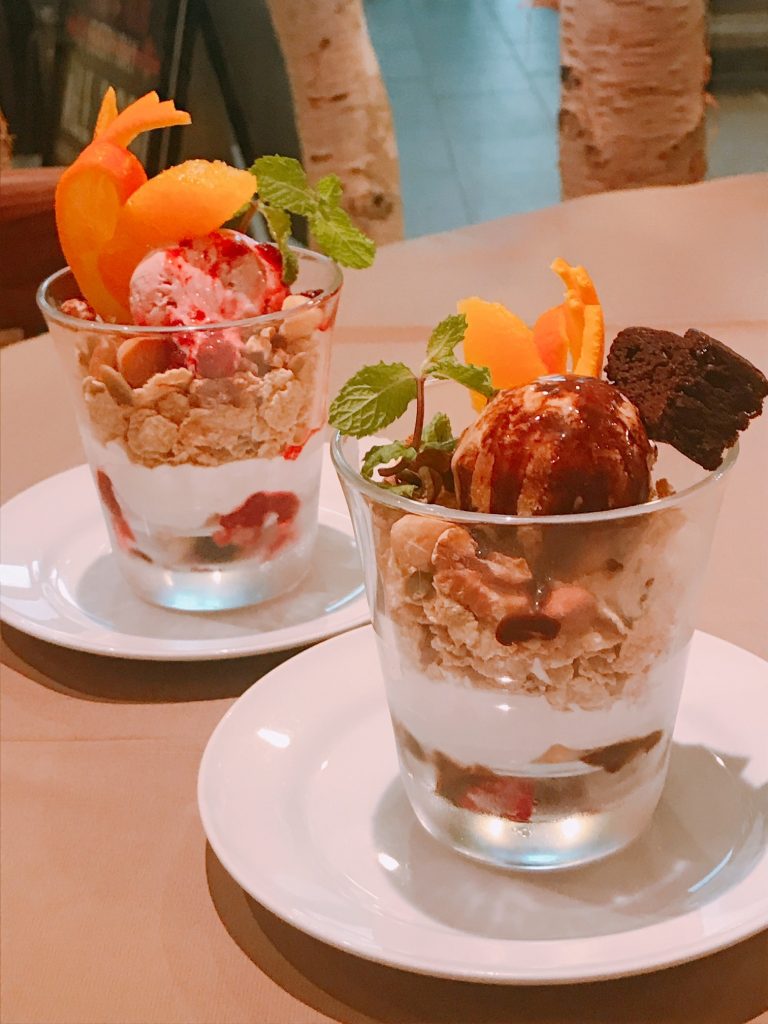 Chocolate and fruit parfaits made with California walnuts (T's Restaurant)

The Taste of America campaign is an excellent opportunity to venture off the beaten path and experience the great taste and wide variety of American agricultural products. Most of the menu items will only be available from October 1 through 14, so plan your schedule accordingly and try something new!

Additional information on Taste of America 2018 is available via Tokyo Headline and AXN Kaigai Drama Board.