By Lauren Monsen and Linda Epstein

In a free society, people can pursue their talents without government interference. In 2021, American filmmakers, physicists and vaccine researchers were among those recognized for their achievements with major awards. Here are just a few notable examples: 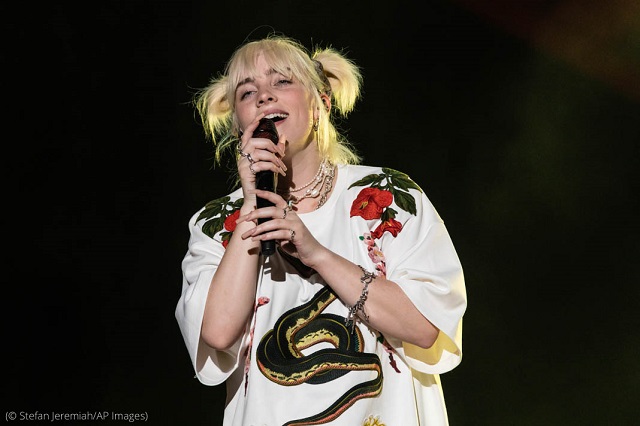 In March, the Recording Academy’s annual Grammy Awards recognized musical artists in a variety of categories. Three female singer/songwriters scored some of the biggest triumphs: Beyoncé took home four trophies, including for Best R&B (rhythm and blues) Performance for her song “Black Parade,” a tribute to Black heritage, pride and solidarity; Taylor Swift won Album of the Year for the emotionally intimate folk-pop of Folklore; and Billie Eilish won Record of the Year for her dreamlike song “Everything I Wanted.”

The Academy Awards (or Oscars), presented in April by the Academy of Motion Picture Arts and Sciences, honored the recent year’s best films and the artists who helped create them. Anthony Hopkins (who was born in Wales and became a U.S. citizen in 2000) won Best Leading Actor for his role in The Father, a sympathetic portrayal of dementia.

Frances McDormand won Best Leading Actress for her performance in Nomadland, the story of a van-dwelling woman who travels to short-term jobs all over the U.S. (Chloé Zhao, a Chinese-born and U.S.-based filmmaker, made Oscar history by becoming the first woman of color and the first Chinese woman to win Best Director for Nomadland, a film that was censored in China.)

In June, New York’s Columbia University announced the latest winners of the annual Pulitzer Prizes for achievement in American journalism. American journalist Megha Rajagopalan, a correspondent for BuzzFeed News (along with her two BuzzFeed collaborators, British architect Alison Killing and Austrian information journalist Christo Buschek) won a Pulitzer for their exposé of a vast infrastructure of prisons and mass internment camps secretly built by the Chinese government for detaining thousands of Muslims in China’s Xinjiang region.

The Chicago-based John D. and Catherine T. MacArthur Foundation revealed the winners of the 2021 MacArthur “genius grants” (formally called MacArthur Foundation fellowships) in September. Supporting talented individuals in the arts, advocacy, history, literature and science, the award grants $625,000 to each recipient, with no conditions. By affording winners financial security, the prize allows them to focus on their diverse projects. The 2021 fellows include Jacqueline Stewart, a scholar who focuses on the contributions that overlooked Black filmmakers have made to cinema’s development; Joshua Miele, a designer who develops devices for blind and visually impaired individuals, such as tactile street maps; and Daniel Alarcón, a writer and radio producer who chronicles the social and cultural ties that connect Spanish-speaking communities across the Americas.

In October, Sweden’s Nobel Committee announced the winners of the 2021 Nobel Prizes, honoring achievements that have conferred the greatest benefit to humankind. Among the 13 honorees was Syukuro Manabe, a Japanese-educated American meteorologist and climatologist at Princeton University who pioneered the use of computers to simulate global climate change and natural climate variations (he was awarded the 2021 Nobel Prize in Physics jointly with Germany’s Klaus Hasselmann). 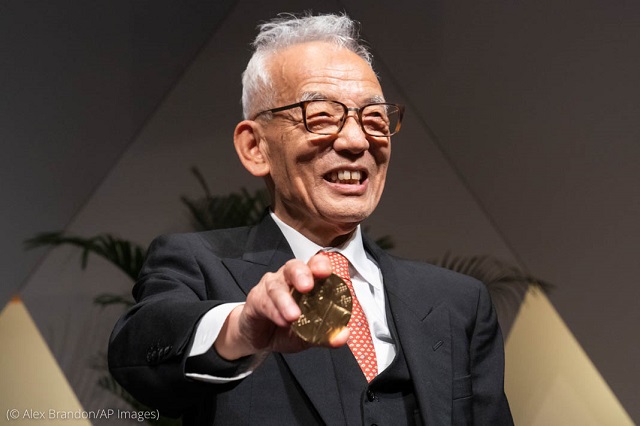 The 2021 Nobel Prize in Physiology or Medicine was shared by two Americans, physiologist David Julius and molecular biologist/neuroscientist Ardem Patapoutian, whose discoveries of receptors for temperature and touch have implications for the treatment of chronic pain.

Also in October, the Sammies (formally called the Samuel J. Heyman Service to America Medals) were announced, honoring members of the U.S. federal government workforce whose work makes the United States better, safer and stronger. The Partnership for Public Service honored two National Institutes of Health vaccine researchers, Dr. Barney S. Graham and Kizzmekia S. Corbett, with top Sammie awards for using genetic information about the SARS-CoV-2 virus to design the basic structure for the COVID-19 vaccines now in use all over the world.

“Their names will be in the history books,” said Dr. Anthony Fauci, director of the National Institute of Allergy and Infectious Diseases (and himself a 2020 Sammie recipient).