You Married Him for His Barbecue?

In this article, I’d like to introduce you to Margaret Hsiang, Deputy Political-Military Chief in the U.S. Embassy’s Political Section, and her husband, Todd Garlow, the Embassy’s Community Liaison Office Coordinator. Barrett Bumpas, who was featured in the first article of this series about American barbecue, told me he knew a couple that loves barbecue, and I soon discovered how right he was.

“Ask us anything you want about barbecue,” said Margaret. “After all, barbecue’s the reason we got married!”

“You chose your husband because of his barbecue? Tell me more!” I said.

“Todd made barbecue for me on our third date, and I was really impressed by how good it was,” said Margaret. “Later when he invited some of my friends over for barbecue, they not only loved his barbecue, but also his warm hospitality. That’s how I knew he was the one.” 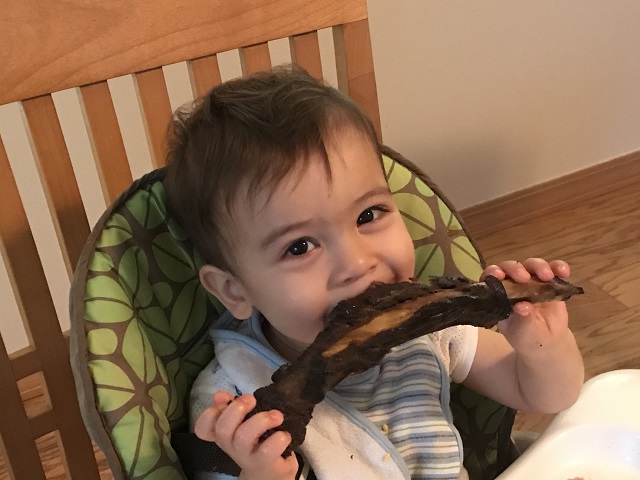 Traveling the U.S. in Search of Good Barbecue

It’s no exaggeration, then, to say that barbecue brought these two together. And since getting married, they’ve traveled to every corner of the United States in search of outstanding barbecue. Every region of the U.S. has its own style of barbecue. There’s Texas barbecue, which I talked about in the previous article, for which beef brisket is the signature dish. North and South Carolina on the Atlantic Coast are known for their “whole hog” barbecue, where a whole pig is smoked for many hours and served shredded or chopped. In Memphis, Tennessee, pork spare ribs are popular. Memphis ribs are prepared with dry rub, where the spices are rubbed into the meat before cooking. As Southerners migrated to the Midwest, however, they created a new tradition in barbecue with Kansas City’s wet sauce style. In this style of barbecue, the sauce is the key. You never see pork spare ribs without sauce here. People are migrating more and more today, and barbecue is evolving in many ways as a result, but after traveling around the United States in search of the finest barbecue, Margaret and Todd discovered that they loved Memphis barbecue the most.

When I asked Margaret if she prefers dry or wet style spare ribs, she said, “Definitely dry rub style!” The MVP of Memphis barbecue is undoubtedly the meat itself, and the spices and smoking process bring out the best in it. The flavor of the meat is enhanced by massaging it with a mixture of spices known as a “rub.”  When I asked Todd the potentially taboo question of what he puts in his dry spice mix, he said: “Salt, pepper, garlic powder, onion powder… um… the rest is a secret.” He suddenly clammed up even though he had been quite talkative thus far. But it came as no surprise to me that he wanted to guard his secret recipe!

The key to Memphis barbecue is spices and smoking. (Shutterstock)

As noted in “Barbecue - American Cuisine at Its Best,“ barbecued pork was popular in this part of the country because the region was heavily forested and pigs were easy and cheap to raise there because they roamed the woods without needing to be tended. Memphis barbecue is the result of the local people’s ingenuity in the kitchen to make tough, inexpensive cuts of meat like pork spare ribs tender and delicious. Today’s Memphis barbecue has developed into a classic American dish. While it used to be served mainly at small restaurants known as “joints,” some of these eateries have now developed into national chains. In fact, President George W. Bush treated then-Prime Minister Junichiro Koizumi to a meal at a Memphis barbecue restaurant when he visited the United States in 2006. 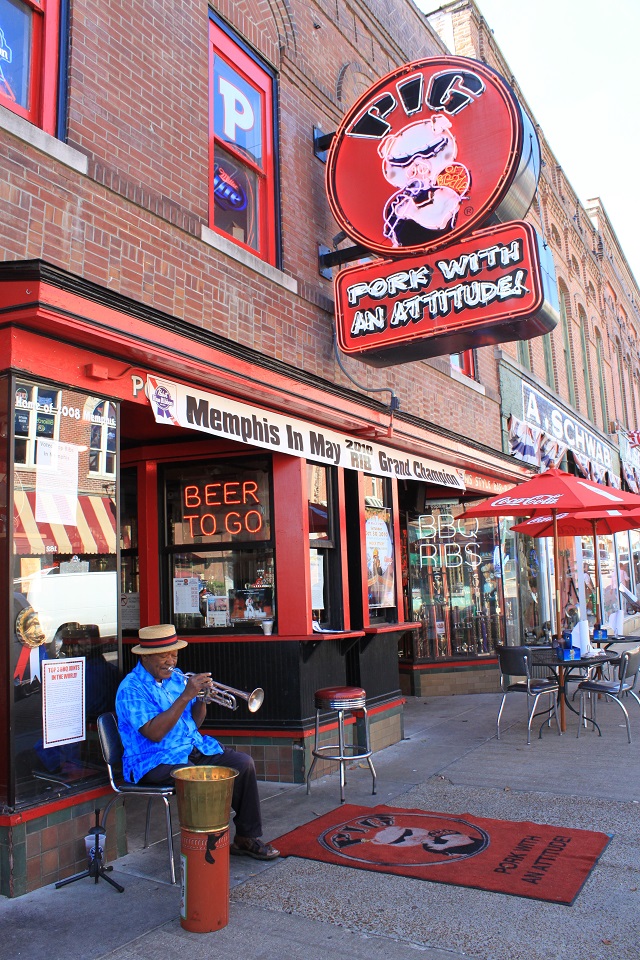 Todd has continued his study of barbecue since getting married and has further refined his skills. Even though he and Margaret have traveled all over the U.S. in search of delicious barbecue, Margaret said emphatically, “Todd’s barbecue is the best I’ve ever had!” While stationed in Cambodia earlier in her career, Margaret used to invite her Cambodian political and business counterparts to their home and treat them to Todd’s barbecue. According to Margaret, the guests enjoyed the barbecue so much that it helped them relax and really enjoy themselves. Barbecue seems to have the power to bring people closer together. The pleasure of eating good food with good company is universal regardless of nationality.

Talking with Margaret and Todd helped me understand the joy of finding your favorite style of American barbecue. In my next article, I’ll interview John Taylor, Principal Officer at the U.S. Consulate in Fukuoka, who fell in love with Santa Maria-style barbecue when he was stationed in California.

Banner image: Margaret and Todd posing at the legendary barbecue restaurant "The Salt Lick." They visited the restaurant during their nationwide barbecue tour. (Photo courtesy of Margaret Hsiang)

Part 1 of this series: American Diplomats and Barbecue—Barrett Bumpas on Texas-Style Brisket