By Linda Epstein and Noelani Kirschner

In the 20 years since the September 11, 2001, terrorist attacks, Americans have gathered on the anniversary to remember the nearly 3,000 people who died in New York, Virginia and Pennsylvania, as well as the first responders who put their lives on the line to save victims.

Here’s a glimpse at how first responders around the United States have commemorated their lost colleagues over the past two decades. 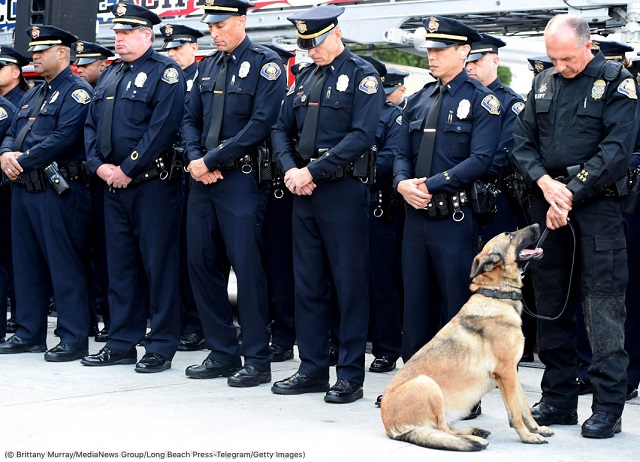 In Long Beach, California, city officials, firefighters, police personnel (pictured here) and members of the community observed a moment of silence on September 11, 2019. 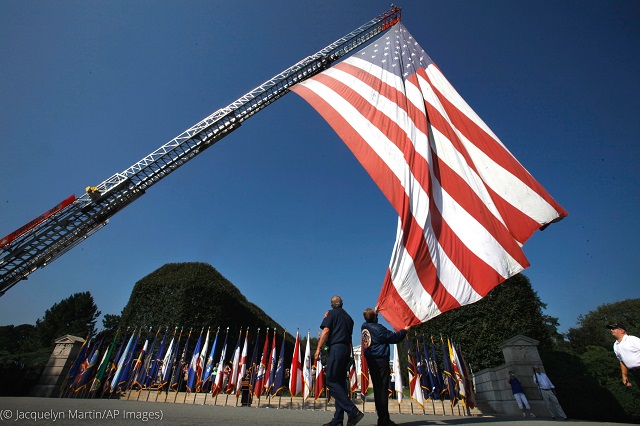 The Patriot Flag — which honors the military, first responders and families of the victims of 9/11 — is raised on a fire truck ladder at Arlington National Cemetery in  Virginia in 2011. The flag flew in all 50 states over 50 weeks to mark the 10th anniversary of the attacks.

At left, a soldier at the National September 11 Memorial & Museum in New York holds pictures of Ruben Correa, a firefighter who died during the attacks. The COVID-19 pandemic required the 2020 ceremony to follow strict health protocols. 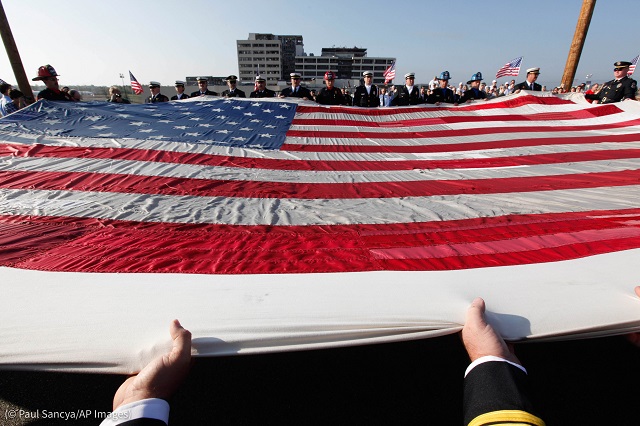 First responders hold the Patriot Flag during a ceremony in Joplin, Missouri, on the 10th anniversary of 9/11. The flag is now displayed at the National 9/11 Memorial & Museum in New York.

At left, fire chiefs Willie Robinson (left) and Freddie Stallings (right) sing during a worship service at St. Andrew’s Episcopal Cathedral in Jackson, Mississippi. The service commemorated 9/11 victims and first responders on September 11, 2013, the 12th anniversary of the attacks.

At center, a U.S. Marine honor guardsman holds a bugle during a September 11, 2020, memorial ceremony in Scranton, Pennsylvania. Two residents of the town died in the attacks. 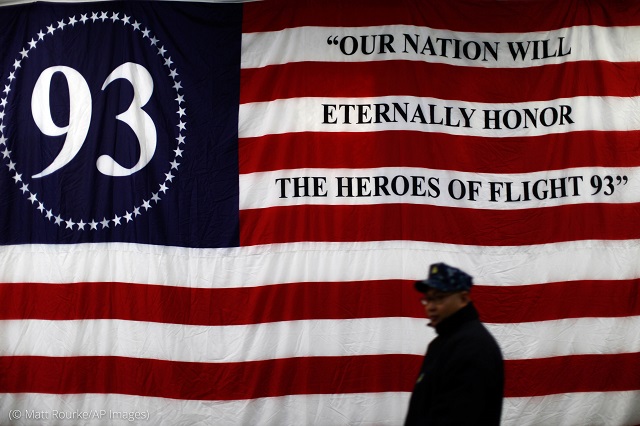 In Philadelphia, a sailor walks past a flag aboard the USS Somerset in 2014. The ship is named for the Pennsylvania county where Flight 93 crashed after it was hijacked September 11, 2001. It was the last of three vessels honoring the attacks’ victims and first responders. Two other ships, the USS New York and the USS Arlington, are named for the cities that were attacked.

New York City Police Officer Danny Shea, a military veteran, salutes at the North Pool of the 9/11 Memorial at the World Trade Center site on the 10th anniversary of the attacks.

Banner image: The "Tribute in Light" on the 18th anniversary of the 9/11 terrorist attacks, September 11, 2019, in New York City (© Drew Angerer/Getty Images)