Chloe Kim can perform snowboarding’s most challenging stunts. She’s the first woman to nail in competition back-to-back “1080s” — maneuvers with three full rotations in the air. Expectations are high that this 16-year-old from California will dazzle crowds at the 2018 Winter Olympics.

Kim, a first-generation Korean American, recently visited South Korea in anticipation of the next Winter Games, to be held next year in snowy Pyeongchang. She was too young, at 13, to compete at the Sochi Olympics in 2014.

In South Korea, she spoke with students about balancing athletics with her academic schedule — after all, she’s a normal secondary school student — and took kids out for snowboarding and selfies.

At the Korea National Olympic Training Center, she picked up some archery tips from Ki Bo-bae, a South Korean archer who won back-to-back gold medals at the Olympics in London and Rio de Janeiro.

But food was definitely a highlight during her trip, Kim said at a forum at the U.S. Embassy in Seoul. “I love Korea!” 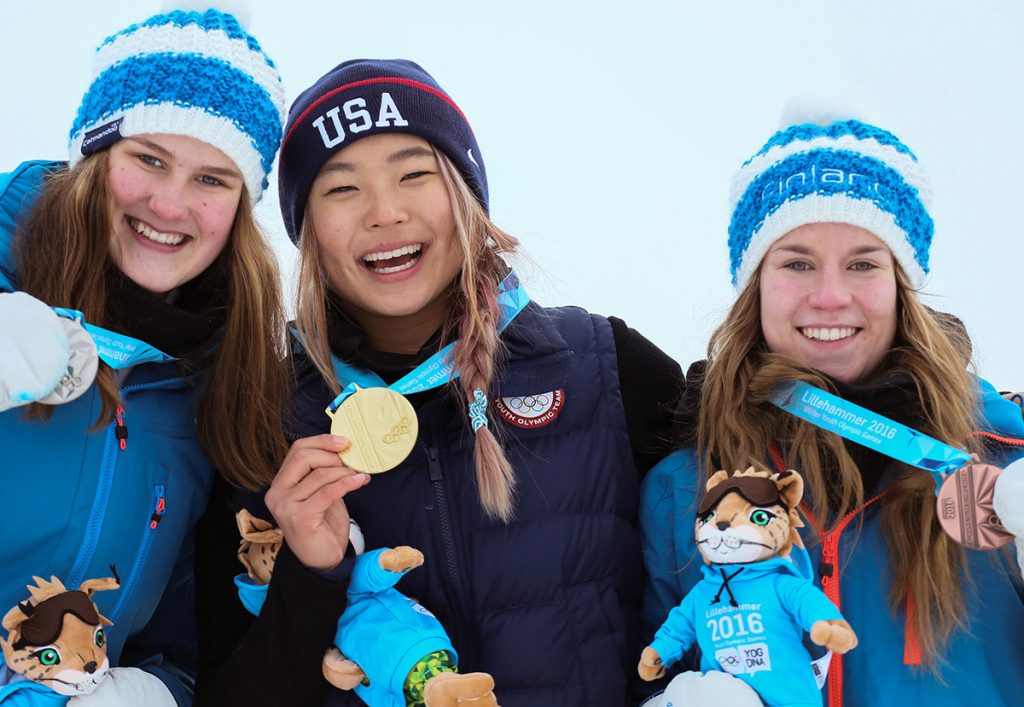 Competing in the Olympics in South Korea would be extra special for Kim. “I have family here, so I’m really excited to know that they’ll be supporting me,” she said. Her parents, both from Korea, travel with her to every event. “Having them here will mean a lot.”

The outgoing Torrance, California, native started early. She first tumbled onto the slopes when she was small, in the arms of her father. They fell off the ski lift in their first snowboarding lesson.

“I definitely didn’t like it at the beginning,” Kim said. “Probably because I was 4 and it was cold out.”

Kim quickly outgrew her first board, bought used online for $25, and made herself one of the sport’s highest flyers. Her hair shades from blue to pink to purple. After a gold medal at the Youth Olympics in 2016, she is a favorite to get to the podium in Pyeongchang.

Hear more of Chloe’s story, and how she and her father team up for training, in the video below: